Only 200 units of the 245hp Euro-spec Skoda Octavia RS will be made available in India next year with the price set to be around the Rs 36 lakh mark. 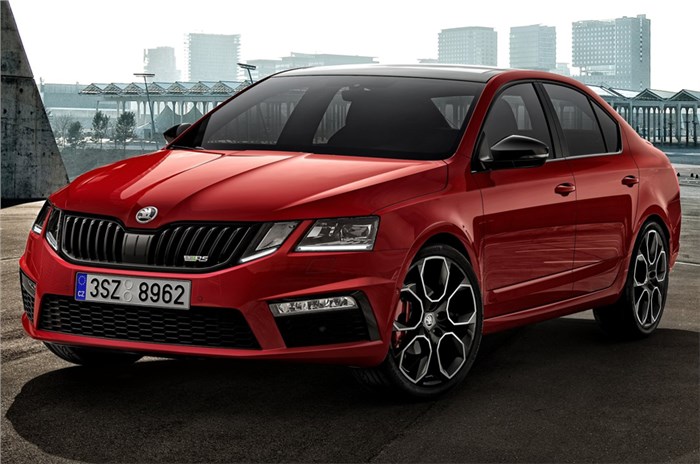 When it was launched in September 2017, the Skoda Octavia RS found more takers than Skoda had initially estimated. The first allotment of 300 units was quickly spoken for, and the company had to ship in an additional 200 units to meet burgeoning demand for its sport sedan. However, the first batch of 500 cars was sold out in 2018, and enthusiasts have since been waiting for the reintroduction of the RS variant. Now, we bring you some good news – it’s officially confirmed that the Skoda Octavia RS will make its India comeback at the Auto Expo 2020.

Speaking to Autocar India, Zac Hollis, Director of Sales, Service and Marketing at Skoda Auto India, confirmed the Octavia RS will return to our market next year, but only as a full import and in limited quantities.

“The Octavia RS is on the ships and heading to India. As a CBU, limited to 200 cars, all individually badged models and I expect them to be sold out very quickly,” said Hollis.

As the India allocation is limited to 200 cars, Hollis said there will be no demo cars – just cars for customers to buy.

“We will take orders centrally and there will be no demonstrators or courtesy cars; all cars will go to enthusiastic Skoda customers,” he added.

An interesting point to note is that Skoda is shipping in the current-gen, Euro-spec Octavia RS. Not only is it more powerful than the RS that was sold here, but will also sit lower and have lesser ground clearance, which means there will be no compromise on the RS' sporty driving dynamics.

“It’s the fully-loaded Euro-spec car with the 245hp engine and 18-inch wheels and a lot of equipment.  No change in ground clearance, so you’ve got to be careful with the potholes on Indian roads but I am sure enthusiasts won’t mind”, said Hollis.

However, as this Octavia RS will be brought to India as a full import, it will also be more expensive. Expect prices for the Skoda Octavia RS to be around the Rs 36 lakh mark.

To give you a recap, the Euro-spec Octavia RS features a more powerful version of the 2.0-litre TSI turbo-petrol engine, which now puts out 245hp and 370Nm of torque (15hp and 20Nm more than before). Paired with a 7-speed DSG, this engine gives the Octavia RS a quicker 0-100kph time of 6.6sec (previous car did it in 6.8sec), while the top speed remains the same at 250kph. It also gets an updated suspension setup, larger 18-inch alloys and a body kit which gives the RS a decidedly aggressive look. The exteriors also come with blacked-out elements, LED headlights, tail-lamps, fog lamps and daytime running lights (DRLs), steel exhaust tips and a boot spoiler.