Price announcement for the Slavia expected by early next month; display cars now at dealerships. 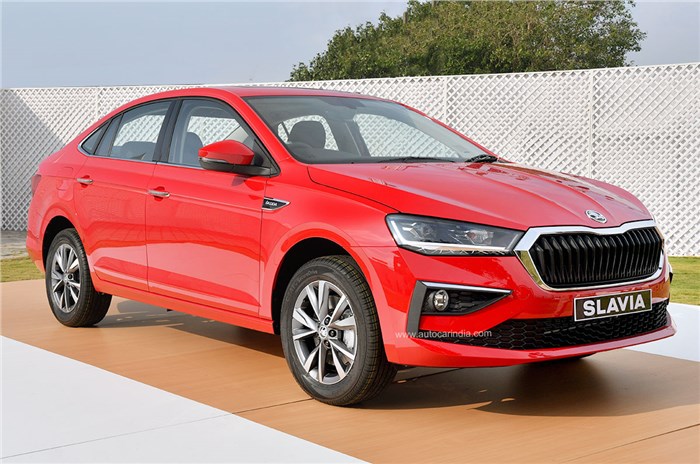 Having opened the order books and commencing series production for the Slavia, Skoda has now said that static display units of its new mid-size sedan are now available at all its dealerships with test drives to commence in the coming weeks. The carmaker also hinted that the price announcement is set to take place by early March. Deliveries will commence post the price announcement.

The Slavia will be made available in three trims – Active, Ambition and Style. Some of the standout features on the top-spec trim include a 10-inch touchscreen infotainment system, wireless Apple CarPlay and Android Auto, ventilated seats and an electric sunroof. Safety features include six airbags, ESC, an electronic differential system (EDS), hill-hold control (optional) and a rear parking camera.

The Slavia will be the widest model in the midsize sedan segment and it will also have the longest wheelbase. This should ideally translate to good shoulder and leg room on the inside.

A 6-speed manual gearbox will be offered with both engines. Automatic gearbox options include a 6-speed torque converter for the 1.0-litre engine and a 7-speed dual clutch gearbox (DSG) for the 1.5-litre engine.

The Slavia is based on the localised MQB-A0-IN platform, which it also shares with the Kushaq, and as such, the pricing should be competitive. It’s expected to range between Rs 10 lakh-16 lakh (ex-showroom). Upon launch, the Slavia will rival the likes of the Honda City, Hyundai Verna and the Maruti Suzuki Ciaz.

What do you think should be the ideal pricing for the Skoda Slavia? Let us know in the comments below.