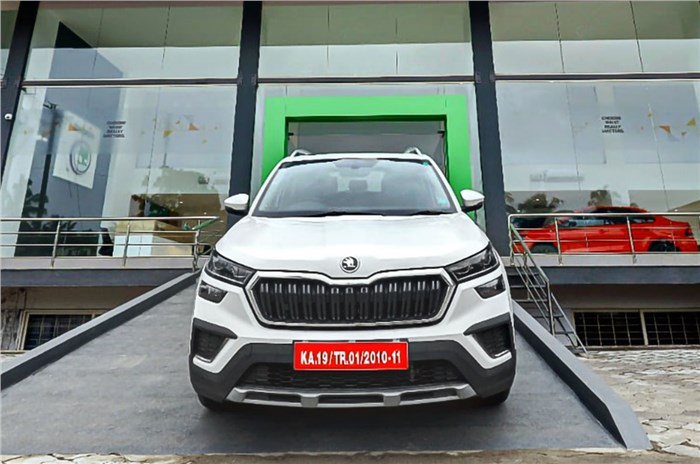 Following its launch in late June, Skoda started deliveries of only the 1.0-litre variants of the Kushaq from mid-July. The Czech brand has now began deliveries of the Kushaq 1.5 TSI as well, and has also released ARAI-claimed fuel efficiency figures for both the manual and automatic versions of the latter.

Despite being larger in displacement, the 1.5-litre unit has a few tricks up its sleeve that helps it achieve such great mileage figures. The most notable feature is obviously the Active Cylinder Deactivation Technology - a first-in-segment feature - which automatically shuts down two cylinders when the engine load is low, thereby increasing fuel efficiency.

We drove the Kushaq recently and can tell you that this feature works seamlessly and one never notices when the engine shifts from four-cylinder to two-cylinder mode or vice versa.

The 1.5-litre variants of the Kushaq are also available for test drives and deliveries at all Skoda showrooms across the country.

How does it compare to rivals?

In terms of competitors, the 150hp, 1.5-litre, four-cylinder, TSI turbo-petrol unit is the more powerful of the two engines offered with the Kushaq. Hence it takes on the other higher output, turbo-petrol models in the segment.

To start with, the Hyundai Creta, with a 140hp, 1.4-litre turbo-petrol, is solely available with a 7-speed DCT gearbox and returns an ARAI-claimed mileage of 16.8kpl. Meanwhile, the Kia Seltos, with its 1.4-litre turbo-petrol engine, returns an ARAI-claimed fuel economy of 16.1kpl and 16.8kpl with its 6-speed manual and 7-speed DCT gearbox, respectively.

The Nissan Kicks, meanwhile, returns an ARAI-claimed mileage of 14.23kpl from its 156hp, 1.3-litre turbo-petrol engine with both its 6-speed manual and CVT automatic gearboxes. The same 1.3-litre turbo-petrol engine is also used in the Renault Duster, which in turn returns an ARAI-claimed mileage of 16.42kpl with its 6-speed manual as well as the CVT automatic gearbox.

As for the MG Hector, its 143hp, 1.5-litre turbo-petrol engine has an ARAI-certified fuel efficiency of 14.16kpl for the manual variant. Meanwhile, the Hector’s CVT and DCT automatic variants return an ARAI-claimed 13.96kpl.

Skoda Kushaq – what else do you need to know?

The Skoda Kushaq is available in three trim levels – Active, Ambition and Style – with prices starting at Rs 10.49 lakh for the base 1.0 TSI Active trim and going up to Rs 17.59 lakh for the top-spec 1.5 TSI AT Style trim. Apart from the 1.5-litre engine, the Kushaq also comes with a 115hp, 178Nm, 1.0-litre, three-cylinder TSI unit that comes mated to either a 6-speed manual or 6-speed torque converter gearbox.

The base Active trim is solely offered in a 1.0 litre TSI manual configuration. Meanwhile, the 1.5 litre TSI engine – in both manual and automatic versions – is reserved for the top-spec Style trim. The top-spec Style trim is also the only trim to be offered with all the powertrain options. Key rivals for the Kushaq include the upcoming Volkswagen Taigun, the Kia Seltos and the Hyundai Creta. 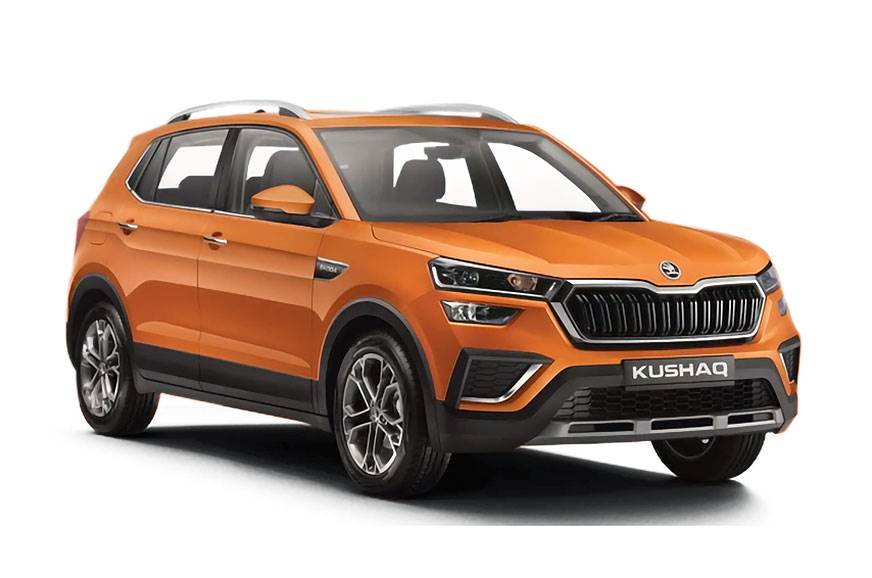 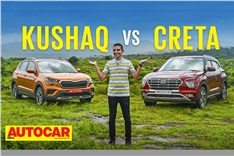 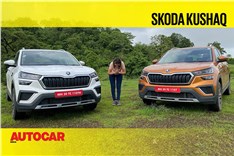 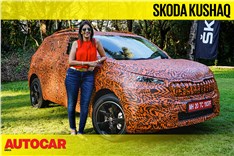