The Kamiq is Skoda’s smallest SUV; hints at midsize SUV for India. 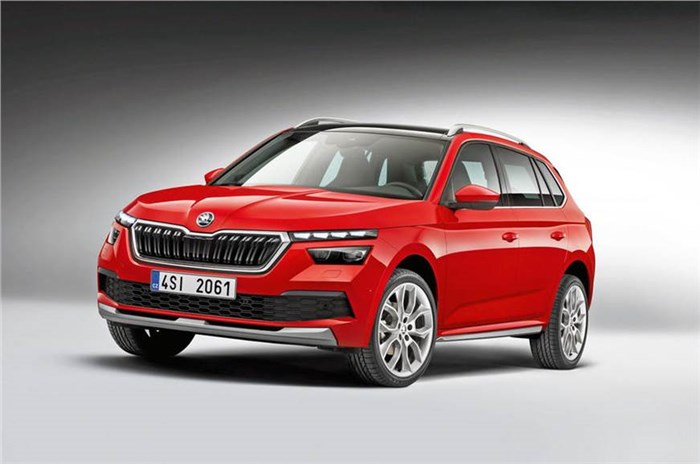 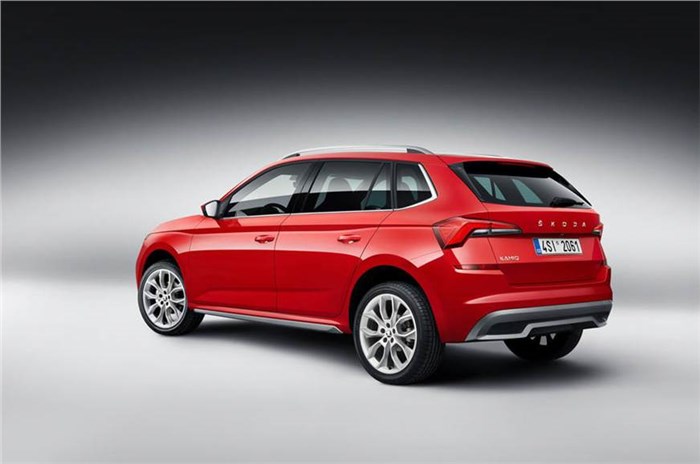 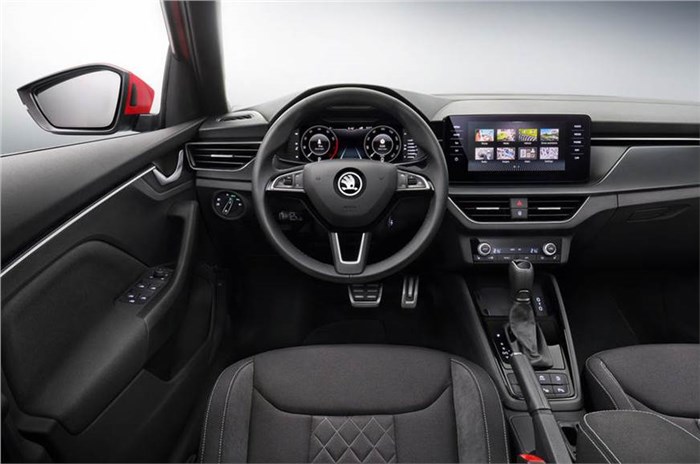 Skoda has released a first set of images and details of its smallest SUV, the Kamiq, ahead of its public debut at the upcoming 2019 Geneva motor show. The new Kamiq, which sits below the Karoq and Kodiaq in Skoda’s international line-up, also provides more than a hint of the India-specific model that will go on sale in our market in 2020.

The Kamiq is based on the Vision X concept shown at last year's Geneva show, and is the first Skoda to show the influence of new design chief Oliver Stefani.

While it takes styling cues from both the Karoq and Koadiaq to ensure a 'family' resemblance between Skoda's SUV offerings, the Kamiq has several distinctive features, including a more upright grille and optional narrow LED running lights. The latter features animated ‘dynamic’ indicators, and are mounted above the main headlight units. The Kamiq’s boot sports the Skoda badge in letters instead of the firm's logo, just like on the new Scala hatchback sold abroad.

Skoda’s new Kamiq SUV is built on the VW Group’s MQB A0 platform. The SUV is 4,241mm long and has a wheelbase of 2,651mm, making it longer than its platform sibling, the European-spec Volkswagen T-Cross. An important point to note here is that the Skoda Kamiq shares its 2,651mm wheelbase with the South American market T-Cross and not the Euro-spec model, which has a wheelbase measuring 2,560mm.

Skoda says extending the wheelbase has allowed it to maximise interior space, claiming more rear leg room than the Octavia and Karoq. The Kamiq has a boot capacity of 400 litres, which can be accessed using an electric tailgate, and expands to 1,395 litres with the rear seats folded.

The Kamiq gets two 1.0-litre turbo-petrol options – 95hp and 115hp – and a 1.5 TSI turbo-petrol with 150hp. The diesel offering is a 1.6 TDI with 115hp. Skoda will also offer a CNG powertrain in some international markets. Gearbox options will include a 6-speed manual and a 7-speed dual-clutch automatic. The Kamiq will only be offered in front-wheel-drive format, but will also be available with an optional Sport Chassis Control, which lowers the SUV by 10mm, and includes adjustable shock absorbers.

On the inside, the Kamiq bears resemblance to the recently unveiled Skoda Scala. Like the Scala, there’s the option of a 9.2-inch free-standing infotainment touchscreen that sits above a hand rest 'shelf'; there’s also an optional 10.25-inch Virtual Cockpit with digital instruments. The air vents have been pushed to the side of the dash in a bid to increase space, and ambient lighting is offered in three colours. The Kamiq can also be had with heated front and rear seats, while Skoda claims more than 20 of its 'Simply Clever' features are offered including a removable LED torch in the boot.

Additionally, the Kamiq will be offered with a permanent internet connection and a number of connected features including remote vehicle access via an app. The car comes with Front Assist and Lane Assist as standard, with optional safety features including Park Assist, Rear Traffic Alert and a rear-view camera.

The Kamiq hints at the first model under Volkswagen’s India 2.0 plan for our market. As reported by us earlier, India will get a modified version of the MQB A0 platform that is meant to be used in emerging markets. For India, this architecture will be called MQB A0 IN. Skoda will showcase a close-to-production concept of the India-spec Kamiq at the upcoming Auto Expo 2020 in Delhi next year.