The cabin design will be significantly different from Skoda’s current design language; Vision iV concept SUV to be unveiled at the 2019 Geneva motor show. 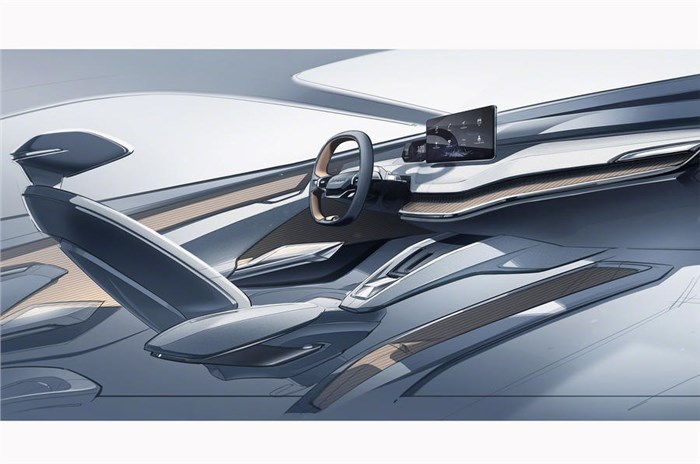 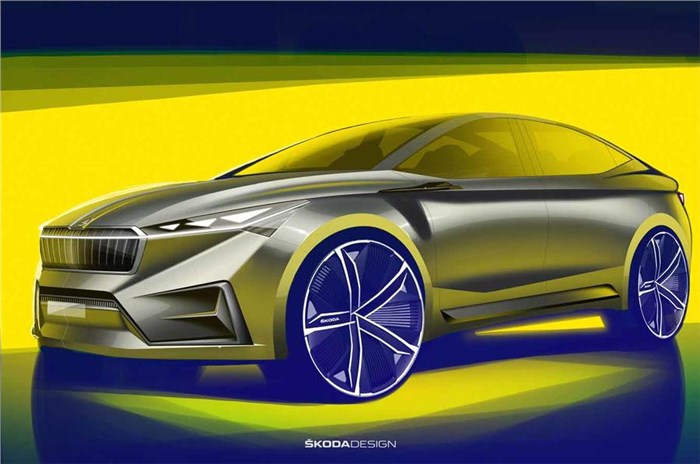 Skoda has released a sketch of the interiors of its new Vision iV electric SUV concept. Design sketches of the new concept SUV, which will make its debut at the 2019 Geneva motor show, show a significant departure from Skoda’s current design language. The new cabin layout features open spaces, an independent, free-standing infotainment screen on top of the dashboard, and a minimalist layout overall. The lack of a transmission tunnel is said to open up a lot of space for storage – the area can be used for wireless charging for up to two mobile phones.

The Skoda Vision iV electric SUV is going to be a closer to production concept that the brand’s 2017 Vision E concept. Previously released sketches of the exterior, however, indicate the two concept cars will share similar exterior design.

Along with its all-electric SUV concept, Skoda will also have the production-spec Vision X concept – christened the Kamiq for European markets – on display at the 2019 Geneva motor show. The concept SUV is expected to spawn an India-spec model to rival Hyundai’s Creta as well, which will be underpinned by a heavily localised MQB A0 IN platform and be on display at Auto Expo 2020.