New Škoda SUV to be one of four new Volkswagen Group models from its India 2.0 project. 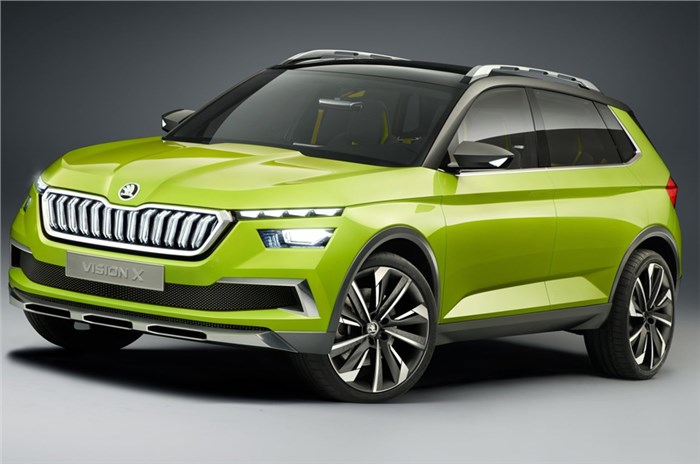 Škoda’s all-new SUV will make its public debut in concept form at the upcoming 2020 Auto Expo. The announcement was made by the Volkswagen Group at the inauguration event for the brand’s new technology centre today at Chakan, near Pune in Maharashtra.  We reported in our January 2018 issue about VW Group considering showing vehicles from its India 2.0 gameplan.

The new technology centre has been inaugurated under the Volkswagen group’s India 2.0 project for which 250 engineers will be working on new India-specific vehicles that will hit Škoda and Volkswagen showrooms post 2020. The Volkswagen group has invested around Rs 2,000 crore for this project and is aiming at achieving at upto 95 percent localisation.

The India 2.0 project, as reported by us earlier, will be led by Škoda with a new Creta-rivalling SUV which will also spawn a VW variant. This new SUV will be based on the Volkswagen Group’s MQB A0 IN platform, which is essentially a modified version of the MQB A0 architecture. A total of four new models will be introduced in the Indian market under this project.

The India-spec Škoda SUV will be longer than the European version – 4.19m instead of 4.1m. The India-spec SUV will get more legroom at the back and a reclining seat that can be adjusted based on whether there is a requirement for additional legroom in the rear seat or cargo room in the boot. The new SUV will be powered by a 1.5-litre, direct-injection petrol engine that makes around 130hp. The current 1.5-litre TDI diesel motor that does duty in many VW and Škoda models won't be part of the line-up as it can't be upgraded to meet BS-VI standards, and the carmaker's 2.0-litre diesel engine will be too big for a vehicle of this size. Škoda could look at a CNG variant, though.

Furthermore, three additional models will be introduced under the India 2.0 project after the new Škoda SUV, all underpinned by the VW Group's MQB A0 IN platform: