The carmaker has released a shot of the interior of its smallest SUV; due to be unveiled in Geneva, next month. 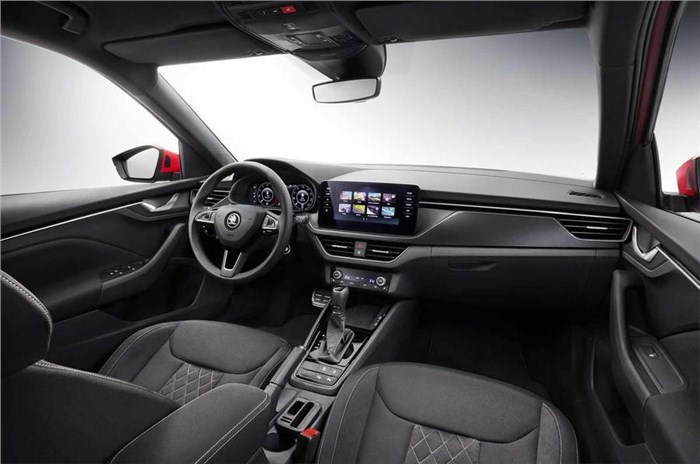 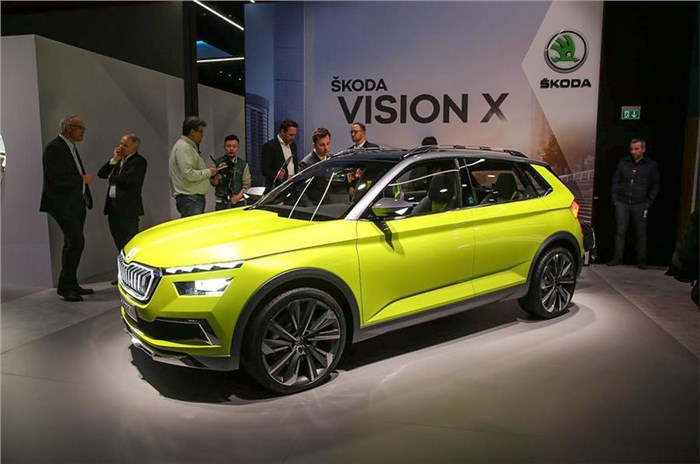 As a part of Skoda's build-up to the full reveal of its new Kamiq small SUV at the Geneva motor show, a new interior shot has been released. The cabin in the image follows sketches of the car's exterior, which was revealed several days ago. The cabin clearly shows that the Kamiq takes on and builds upon Skoda's evolved interior design – the same design that was first revealed in the Scala hatchback when it was launched recently in December 2018. Several interior elements are familiar, but the infotainment display (up to 9.2-inches in size on the brand's top models) is positioned higher to stay within the driver's field of vision. An increase in soft-touch materials and colour options are also expected.

Exterior sketches of the car show typically exaggerated proportions. However, it's clear that Skoda's new model will feature styling cues that put it closely in line with its larger siblings – the Karoq and Kodiaq. The Kamiq is also expected to closely follow the design established by the Vision X SUV concept displayed the Geneva show last year.

Earlier this year Skoda confirmed that the model would use the Kamiq nameplate. The brand says that the name has been taken from an Inuit word that means "something that fits as perfectly as a second skin in every situation."

An SUV of the same name is already on sale in China – although that car is based on a localised platform shared with the Chinese version of the Rapid sedan and isn't technically related to this car.

This new production model will be based on the same version of the Volkswagen Group MQB platform as the Seat Arona and Volkswagen T-Roc; and the third (and smallest) in Skoda’s SUV line, below the Karoq and Kodiaq.

While officially a design study for a small 'urban' SUV, the exterior of the Vision X gives heavy hints at what the production version of Skoda’s upcoming SUV will look like. The front of the car – the grille (although on the Vision X it is made from a single piece of glass) and ‘power dome’ on the bonnet, in particular – echoes the Karoq and Kodiaq.

But there are some design features new to Skoda. The lights have been raised, with thin daytime running lights and indicators above the main headlights. At the rear, the Vision X features L-shaped tail-lights that line up with a similarly shaped bumper reflector.

Notably, the rear boot lid of the concept doesn’t feature a Skoda logo, but has the brand name spelt out instead.

For the Indian market, Skoda will bring an India-spec SUV built on the heavily localised MQB A0-IN platform. While its name for our market is yet to be revealed, we had previously reported that the for-India Skoda Vision X concept SUV will make its debut at the 2020 Auto Expo. This platform will also form the basis of a number of new models from the VW Group including the VW T-Cross SUV, the new Skoda Rapid sedan and the replacement for the Volkswagen Vento.