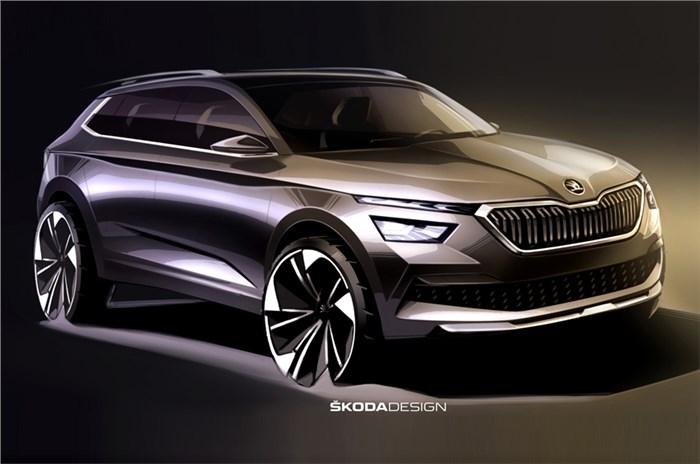 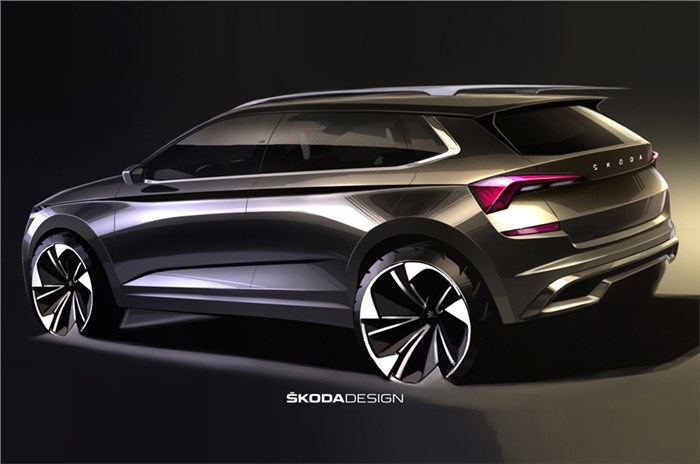 Skoda has released official sketches of the upcoming Kamiq SUV, the production version of the Vision X concept that Skoda had showcased at the 2018 Geneva motor show. It will be the smallest SUV made by Skoda and will sit below the Karoq in its line-up. The sketches of the SUV show a whole host of design cues we can expect from the production model.

The design elements that stand out the most are the split headlights – with thin daytime running lights and indicators above the main headlight unit – the traditional Skoda badge, and the grille that is very reminiscent of the unit seen on the Kodiaq and Karoq SUVs. At the rear, the sketches show an angular and sleek tail-light cluster. The rest of the design is very similar to that seen on the Vision X Concept.

It is worth noting that Skoda already has an SUV with the Kamiq name on sale in the Chinese market. The China-spec car made its debut last year and is based on an older PQ-series platform, whereas the new Skoda Kamiq for Europe will be based on the newer MQB A0 architecture. The new Skoda Kamiq will share the same underpinnings, powertrain and a few cosmetic bits from the Volkswagen T-Cross SUV that made its debut earlier.

The Skoda Vision X concept that was on display sported conventional petrol engines, as well as a hybrid CNG option featuring a 1.5-litre, four-cylinder turbocharged engine with 131hp and 250Nm of torque. The engine is supported by two electric motors: a belt-driven starter-generator that also powers the front axle, with a second 27hp electric motor on the rear axle. That motor offers 70Nm of torque from standstill, although the use of a gearbox allows it to bring 99Nm to the road. This variant also gets a reserve petrol tank, which is to ensure the powertrain will start in very cold weather, and it gives the concept a total range of close to 645km.

The India-spec Skoda SUV is expected to make its debut in the country at the 2020 Auto Expo in concept form. It is expected to derive its styling from the Kamiq which will go on sale in Europe.