Czech carmaker is touting the new 1.0 TSI as a suitable replacement for the erstwhile 1.5 diesel which has long been the engine of choice for Rapid buyers. 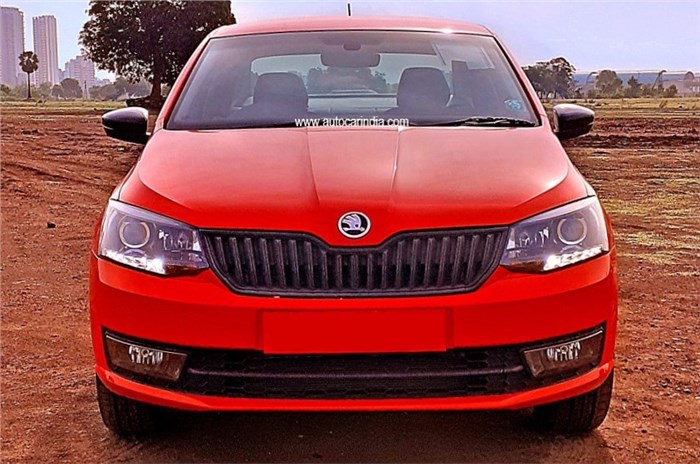 The Skoda Rapid has made the journey into the BS6 era as a petrol-only model. Skoda’s sedan is now offered solely with a new, small-capacity, turbocharged petrol engine that replaces the erstwhile naturally aspirated petrol and turbo-diesel mills. Despite lacking a diesel offering, the company’s top brass remains confident over the Rapid’s prospects moving forward.

“We had 10 percent segment share (in midsize sedans) last year, and I see no reason why we should lose any of that segment share going forward with this new car,” Zac Hollis, director (sales, service and marketing) at Skoda Auto India said in an interview with Autocar India.

In the fiscal ending in March 2020, Skoda sold 8,956 units of the Rapid. A closer look at the Rapid’s FY2020 sales figures, however, shows demand heavily skewed towards diesels, with 5,806 customers, or roughly 65 percent of the buyers, opting for the oil burner. Even the previous two years witnessed a similar petrol-diesel split. While this could signal a potential red flag for Skoda, which has exited the diesel market for now, the carmaker is confident the petrol-only model will bring in the numbers.

A key factor that the Czech automaker is banking on is the industry-wide shift in customer preference away from diesels. The stats sure are interesting. Petrols made up 87 percent of the segment-leading Maruti Suzuki Ciaz’s sales in FY20. 89 percent of Honda Citys (number 2 by sales) sold in FY20 were petrols. Skoda is hoping to ride this wave and leverage the shift in market sentiments towards petrol models.

“And you’ve also got to look at it, there are not so many diesel offerings in the marketplace now in small cars. So there is less choice for the customers also,” added Hollis. The significantly higher cost of upgrading diesel powertrains to BS6 has nudged other automakers into going petrol-only as well. For now, it is just the Hyundai Verna that boasts a diesel offering, with the upcoming, new Honda City set to become the second model in the segment to adopt a similar route.

The Rapid’s new 1.0-litre, three-cylinder, turbocharged TSI petrol engine puts out 110hp and 175Nm of torque, which is 5hp and 22Nm higher than the previous model’s 1.6-litre, four-cylinder MPI petrol mill. Though still short of the diesel, the turbo-petrol could help lure those wanting strong performance. “The 1.0-litre TSI is a great alternative for the diesel lovers out there,” mentioned Hollis. “What I would say to diesel lovers is come along, test drive the Rapid TSI and give me your opinion afterwards.” For reference, the now-defunct 1.5-litre diesel engine produced 110hp and 250Nm of torque.

Running cost is another area that Skoda claims to have factored in with the shift to a turbo-petrol line-up. “The total cost of ownership of TSI versus diesel is actually the same,” Hollis said. The Rapid 1.0 TSI’s 18.97kpl figure is a 21 percent improvement over the old 1.6 MPI unit. The diesel, in comparison, was rated at 21.13kpl.

The price is right

Another ace up Skoda’s sleeve is the price. At a starting price of Rs 7.49 lakh*, the new Rapid undercuts all midsize sedan contenders, including the segment leader Ciaz. However, the Skoda (Rs 11.79 lakh*) is priced higher than the Maruti Suzuki (10.09 lakh^) at the top end.

Though the Rapid may now be a petrol-only model, Skoda believes to have given it enough firepower to hold its own until a replacement comes along under the company’s 'India 2.0' project towards the end of 2021.