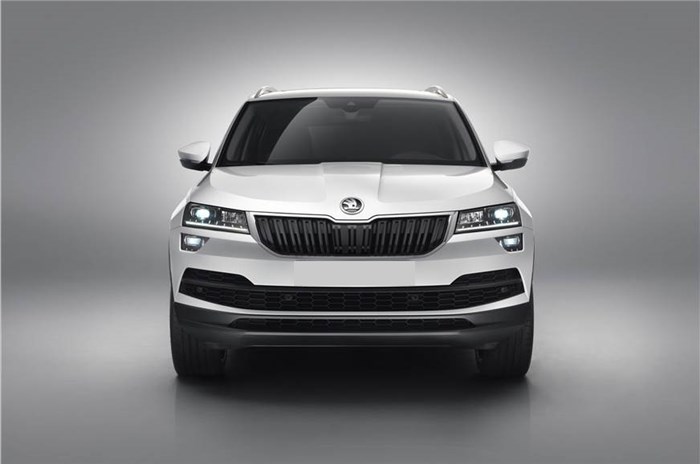 Skoda recently launched the Karoq in India at a price of Rs 24.99 lakh (ex-showroom, India). Though the mid-size SUV has been brought in as a full import for now, the company’s leadership has expressed interest in potential CKD (completely-knocked down) operations for the model moving forward.

“I would certainly like to bring in local assembly of this car,” said Zac Hollis, director, sales, service and marketing, Skoda Auto India in a digital interaction with Autocar India. However, he mentioned that the plans will be subjective to a number of factors and could still be some time away. “Long term, I would like to have that product CKD in India.”

Establishing a suitable business case will be crucial for local assembly efforts, with volumes being one of the main drivers. The carmaker is currently focused on retailing the 1,000 CBU (completely built-up) units that it has brought in. Customer reaction and demand for this initial batch of Karoqs will ultimately determine if Skoda sees it fit to follow and scale up through assembly operations at its Aurangabad plant in Maharashtra. At present, the Karoq is brought into India under the government’s 2,500 unit homologation-free vehicle import rule. The decision to commence local assembly will require the Karoq to be homologated in India, efforts for which would only be justified by sufficient scale for the model.

Another factor that will certainly have a bearing over Skoda’s decision will be India’s evolving regulations. Though BS6 norms have recently kicked in, emissions targets are slated to move up further with RDE (Real Driving Emissions) norms coming into effect in 2023. The brand will need to assess and prepare its powertrain technology considering these future regulations. “We’ve got to make sure that when we do localise, what we localise is able to manage the emission norms, which are coming in 2023, long term,” elaborated Hollis.

While localisation strategies remain under deliberation, Skoda is focusing on keeping a steady stream of products passing through its retail network. In addition to the Karoq, Skoda recently also launched the Rapid 1.0 TSI and Superb facelift. The seven seat Kodiaq will also be updated with a petrol powertrain later this year. These models are tasked with keeping the ball rolling till all new products start arriving next year under the brand’s ‘India 2.0’ project,  beginning with the Skoda Vision IN-based Creta fighter.