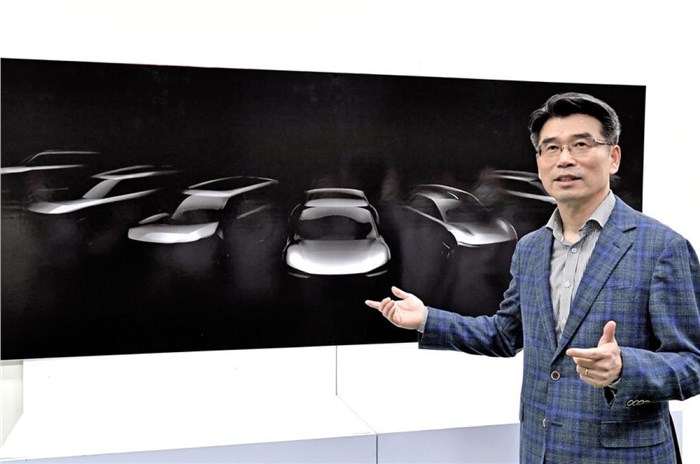 Kia has confirmed the development of seven new battery electric vehicles (BEVs) as the carmaker pushes forward with its electrification drive. The seven models, previewed in a teaser, will all have made their debuts by 2027.

The plan for seven dedicated EVs expands on Kia’s previously announced Plan S strategy, which will result in it having 11 EVs (some as variants of existing models) on sale in global markets by 2025.

Kia president and CEO Ho-Sung Song, in a statement said, “By refocusing our business on electrification, we're aiming for BEVs to account for 25 percent of our total worldwide sales by 2029.”

What is known about the new Kia EVs?

While specific segments for each electric model aren’t detailed, Kia said in its statement that it will “respond to market demands by offering diversified product types, with a range of models suitable for urban centres, long-range journeys and performance driving”. A preview sketch of all the models shows crossovers and SUVs will be a core focus.

The “diverse” line-up of EVs will include models across several vehicle segments with the first model, codenamed CV, set to debut in 2021. The new model will also debut a new new design direction for the Korean carmaker.

Most of the brand’s upcoming EVs will be based off its new Electric-Global Modular Platform (E-GMP), with claims of “best-in-class interior spaciousness” for each.

Kia to expand on EV infrastructure across markets

Kia is also “exploring the creation of” subscription services, such as that offered by Volvo, alongside EV battery leasing and rental programmes. The brand has also said that it will expand the number of dedicated service and maintenance bays for its electric vehicles. The carmaker is eying to have at least 600 new EV service bays in foreign markets, with a target of opening over 2,000 such bays by 2030.

Charging infrastructure is also an area that Kia and the wider Hyundai Motor Group will invest in. The carmaker is aiming to have set-up over 2,400 EV chargers in Europe with a further 500 being set-up in North America. There are also plans to accelerate EV charger installations in line with the market.

Will Kia bring EVs to India?

While it is still early to say if and when Kia will bring its electric models to India, the carmaker has revealed that it will be focusing on the utility vehicle space in India, with no plans to introduce sedans and hatchbacks.

Presently the carmaker’s most important launch for the year is the Sonet compact SUV. The next big launch from the carmaker is expected to be a Maruti Ertiga rival due to arrive in 2021.

Kia Carnival gets benefits up to Rs 2.10 lakh