Save up to Rs 45,000 on Tata Harrier, Safari, Tiago and Tigor in August

The Altroz, Nexon, Punch and CNG-powered Tiago and Tigor do not get any discounts this month. 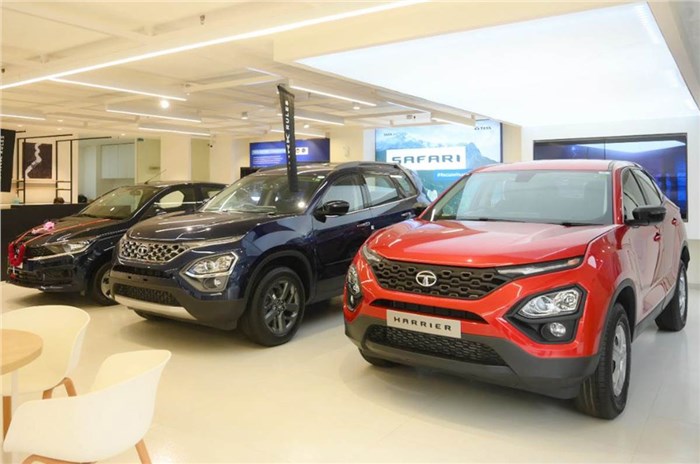 Tata Motors is offering attractive discounts and benefits on select cars and SUVs for August 2022. Exchange bonuses, cash discounts and corporate benefits can be availed on the Tiago, Tigor, Harrier and Safari. There are, however, no discounts on Tata’s electric cars such as the Nexon EV and the Tigor EV.

Tata’s flagship model is available with benefits of up to Rs 40,000 only in the form of an exchange bonus that's applicable on all variants. Unlike the Harrier, there are, however, no corporate benefits this month. The Safari shares its underpinnings and powertrain options with the Harrier, but also has the added practicality of a third row of seats.

Tata is offering exchange bonuses of up to Rs 10,000 on XE, XM and XT variants of the Tiago, with the XZ variants available with an additional cash discount of Rs 10,000. Buyers can also avail a corporate bonus of up to 3,000 on all variants. The Tiago is the smallest car in Tata’s line-up and is powered by an 86hp, 1.2-litre petrol engine. It's also available in CNG guise, but there are no discounts on these variants.

Similar to the Tiago, the Tigor is also available with an exchange bonus of Rs 10,000 on XE and XM variants along with an additional Rs 10,000 cash discount on the XZ variants. The Tigor also enjoys corporate benefits of up to Rs 3,000 on all its variants, but, as with the Tiago, CNG variants of the Tigor also miss out on discounts. It shares the same powertrain options and equipment list as its hatchback sibling.

Discounts of up to Rs 49,000 on Maruti Suzuki Celerio, Wagon R, Alto in August