Maruti could price the upcoming Brezza a lot more aggressively if they use the smaller 1.2-litre DualJet engine, and it could be very popular, writes Shapur Kotwal. 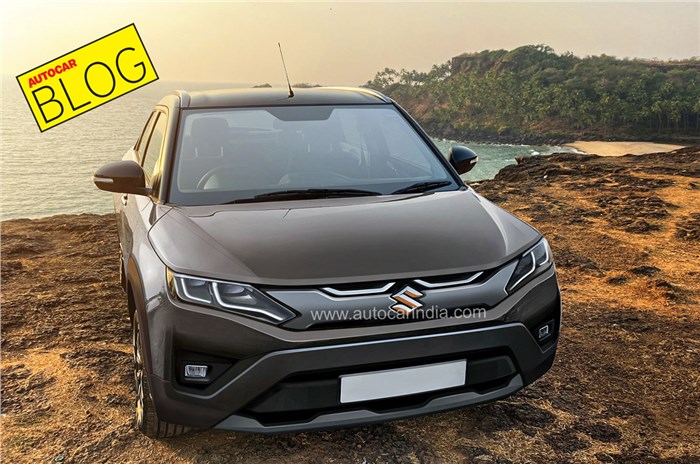 Maruti’s Brezza has always been a bestseller. This is something that is unlikely to change with the introduction of the 2022 Maruti Brezza to the market. The updated compact SUV will come with attractive looks, an all-new interior and a features list that will rival the best-equipped SUVs in its class.

But is Maruti missing a trick? While the new car will have plenty of tech on board and will be a considerably more appealing proposition, Maruti will still be missing out on the small car excise sop that helped make the original Brezza such a runaway success. Cars that are under four metres in length, and powered by petrol engines smaller than 1,200cc, qualify for the excise cut and you only get 8 percent as against 20 percent. This, in the grander scheme of things, is a simply massive amount.

Now, slotting in a downsized engine is, at best, a tricky proposition. It should have sufficient power and torque lower down in the powerband to make it driveable, a strong enough midrange, and the top end should be enthusiastic enough to make pulling the engine pleasurable.

Thing is, Maruti has just the engine for the job. Say hello to the 1.2 DualJet petrol or K12N engine. Yes, the 1.2 that comes with two fuel injectors per cylinder will be down on power compared to the 104hp, 1.5 petrol that powers the Brezza, and the 90hp DualJet won’t have the same zing in the top end either. Still, it is more powerful than downsized engines on many of its rivals. The 1.2 that powers the Kia Sonet and the Hyundai Venue, for example, makes just 83hp and a similar amount of torque. Suzuki’s DualJet is known to respond to that first tap on the throttle in a smooth, enthusiastic manner, and while owners will have to use the gearbox to make swift progress in the mid-range, there is sufficient power in the top of the powerband to keep a 1.2 Brezza moving smartly.

It would need much more effort, but Maruti could also draft in Suzuki’s recently introduced 48V hybrid system, which is currently in use on the larger Vitara SUV in Europe and other markets. The system is still belt-driven, like the SHVS system used here in India, but used with Suzuki’s 1.5 K series in the Vitara, it puts out a strong 33hp. The electric motor doesn’t add to the peak power and the battery capacity is only 0.8kWh, but what the electric motor does do is provide a healthy boost in the bottom and mid-range. Attaching this system to the 1.2 could provide a real boost. And a 1.2 so configured would be much more efficient too.

But, hybrid system or not, a 1.2 would add a lot to the Brezza range, making it both more efficient and more affordable. And that could contribute to making the new Brezza even more of a success.

Next-gen Suzuki S-Cross: Five things to watch out for