Next-gen Lexus NX SUV to be unveiled on June 12 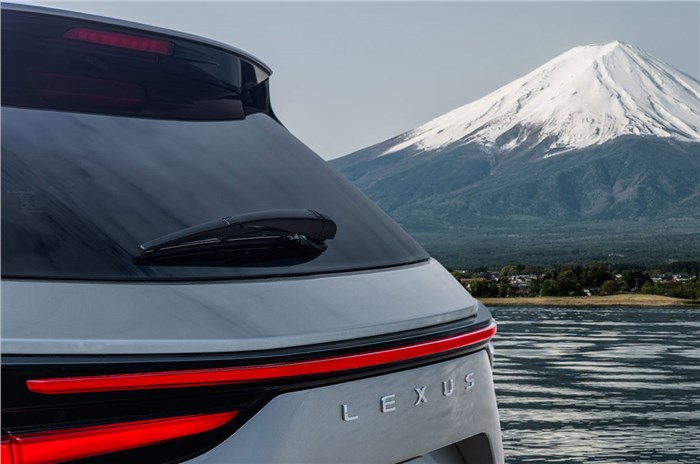 The premium variants of the Next-gen Lexus NX could be powered by the Camry's 3.0-litre V6.

The next-gen Lexus NX is set to debut on June 12, 2021. An official teaser released by the company shows a few interesting details about the model.

The teaser image of the new Lexus NX reveals a part of the tail section. It gets a new LED strip that runs across the boot lid and connects the LED tail-lamps on either end.

The NX will also get Lexus' new badge, which is essentially the name of the brand written in words, rather than the 'L' logo. This is similar to what we've seen Skoda do on its recent cars. Other styling details include a roof spoiler with an integrated LED stop lamp.

While the teaser image gives us a small glimpse of the new Lexus NX, a few images of the model were leaked online some time ago. It shows the NX in its entirety, revealing the fact that there isn't a big difference in the overall design of the new and outgoing models.

However, the front end does feature a marked change in the form of the LED DRLs being part of the headlamp cluster, unlike those integrated in the bumper on the current model.

The new-generation Lexus NX could be based on a tweaked version of Toyota's TNGA-K platform. This is the same platform that the current Toyota RAV4 is based on, which also means that both crossover SUVs may share more than just basic components.

It is speculated that Lexus will offer the NX with the Toyota RAV4's 2.5-litre, four-cylinder engine in standard and plug-in hybrid (PHEV) guise.

Following the global debut on June 12, 2021, expect Lexus to launch the new NX in India after a few months.While the current Lexus NX retails between Rs 58-63 lakh, expect the new NX to cost a bit more.