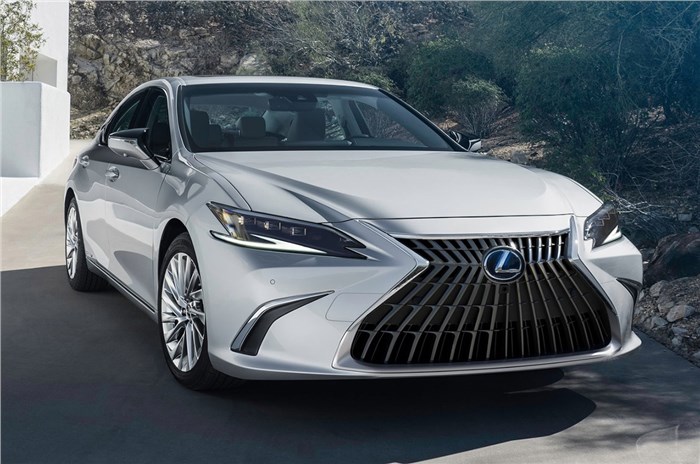 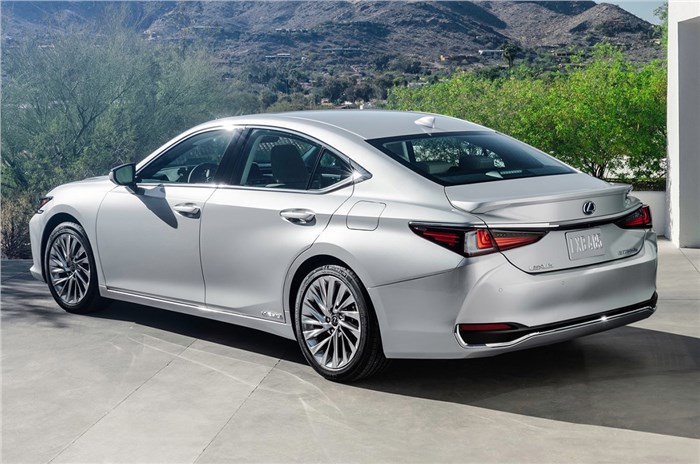 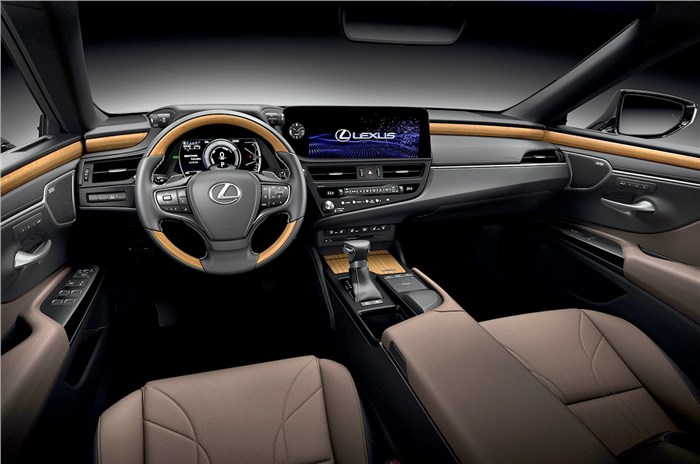 Mercedes E-class and Audi A6 rival gets tweaked suspension and retuned brakes to improve dynamics.

The Lexus ES facelift has been revealed ahead of it going on sale in international markets later this year. The updated ES gets minor cosmetic updates along with mechanical tweaks in a bid to make the luxury sedan even more refined and improve driving dynamics.

"The ES is a model renowned for its quiet, smooth performance and high levels of cabin comfort and spaciousness," Lexus said. "The upcoming changes focus on strengthening these qualities, refreshing the car’s styling, improving ride and responsiveness and introducing new, technology-led equipment features."

As was the case with the LS flagship last year, changes to the ES are subtle and focused more on chassis and technological upgrades than obvious design overhauls.

Starting with the cosmetics, the sedan gains the latest iteration of Lexus's trademark 'spindle' grille, new 'Bladescan' adaptive LED headlights and a range of new designs and colours are available for the alloy wheels, offered in 17-inch, 18-inch and 19-inch sizes.

Moving to the interior, here too the changes are quite minimal. Lexus says that the central infotainment display has been shifted forward – closer to the front seat occupants – and now gets touchscreen functionality. Depending on the variant, the touchscreen is available in two sizes – 8.0-inch and 12.3-inch. Also revised is the brake pedal as well as the braking system which we touch upon below.

The 2021 ES also gets the latest Lexus Safety System+ 2.5 suit of active safety systems that adds in additional safety tech such as emergency steering assist, intersection turning assist and a curve speed reduction function with the radar cruise control among others. The system also gets updates to the radar and lens camera to improve the effectiveness of the active safety systems.

Chief among the revisions under the skin is a stiffer rear suspension set-up, which is said to allow a "more linear" response to steering inputs. The braking system has been retuned with an aim to reduce vibration while boosting feedback, and the electronic brake management system has also been adjusted to give better control.

The performance-oriented F Sport model gains a new suspension actuator that is claimed to improve ride comfort by expanding the range of damping force on offer.

Lexus has not revealed any change to the engine line-up so expect the range of hybrid and petrol engine options from the existing ES line-up to be carried forward.

Lexus originally launched the ES in India in 2017 as a fully imported model with the sedan being replaced by the current-gen model in 2018. The carmaker went on to announce the commencement of local assembly for the luxury sedan in early 2020. The ES is available in India solely in its ES 300f petrol-hybrid spec sharing its running gear with the Toyota Camry hybrid.

Expect the updated ES to eventually make its way to India following its launch in global markets. The updated ES will continue to go up against established luxury cars such as the Mercedes E-class, BMW 5 Series and Audi A6.