New Skoda Slavia: All you need to know

The new Skoda Slavia will launch in early 2022. Here’s all that you need to know about Skoda’s upcoming Honda City rival. 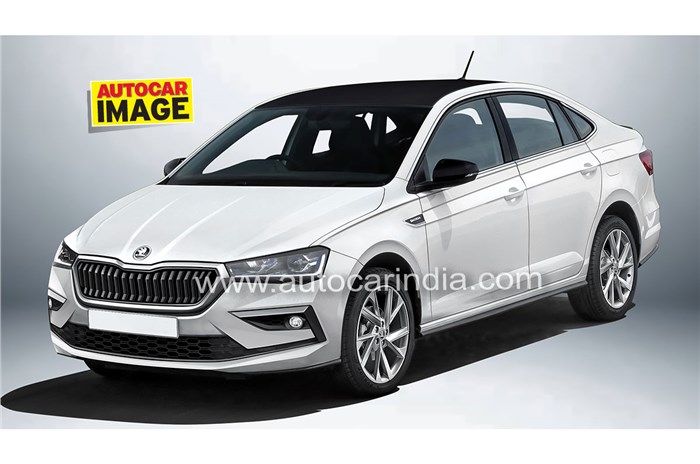 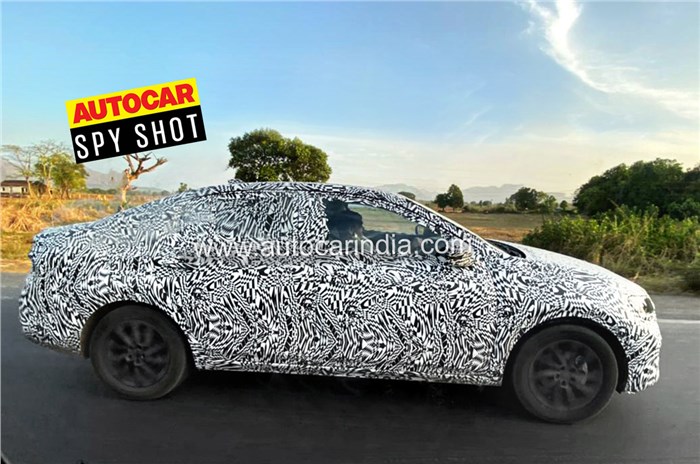 Skoda is set to reveal its new midsize sedan, the Slavia, on November 18. In the build up, the carmaker has teased its upcoming MQB A0 IN underpinned sedan with a series of sketches previewing the interior and exterior design of the Honda City rival.

Read further to know everything about the upcoming new Skoda ahead of it going on sale early next year.

1. It gets a fresh identity

Skoda has chosen to give its new midsize sedan a fresh identity in the Indian market in place of carrying forward the Rapid name. Badged the Slavia, the new midsize sedan will not be a direct replacement for the Rapid and will be both larger and better equipped to take on the Honda City and Hyundai Verna.

In terms of design, the sketches shared by Skoda preview a sedan with family design cues with the trademark Skoda grille flanked by sleek headlamps and sharp body lines as seen on other Skoda cars. The sketches also preview an almost coupe-like profile with a faux spoiler like lip on the boot lid.

The cabin, too, will be a big step up from the current Rapid’s with sketches previewing a design in line with the new Kushaq with a floating central touchscreen and two spoke steering.

2. It is larger than the Skoda Rapid

Coming to the dimensions, the new Slavia will measure 4,541mm long, 1,752mm wide and 1,487mm tall. Compared to the ageing Rapid, the new Slavia is 128mm longer, 53mm wider and 21mm taller. Wheelbase, too, has been stretched by 99mm over the Rapid. At 2,651mm, the wheelbase is longer than both the Hyundai Verna and the Honda City and similar to the Maruti Ciaz.

The wheelbase should translate into plenty of legroom for passengers to really stretch, and with the additional width, the cabin should feel roomier overall. The Slavia is also expected to get a best in class 520-litre boot.

3. Its powered by familiar turbo-petrol engines

Aside from the shared MQB A0 IN platform, the Slavia will also feature the same TSI turbo-petrol engine options as the Kushaq. The first is the 1.0-litre, three-cylinder TSI petrol engine (from the EA211 family) that will make 115hp. The 1.0 TSI will drive the front wheels via a 6-speed manual gearbox or a 6-speed torque converter automatic. The larger engine option will be the 1.5-litre, four-cylinder TSI motor that will put out 150hp and a healthy 250Nm of torque; this is likely to give Skoda’s sedan class-leading performance. The 1.5 TSI will come with a quick-shifting dual-clutch automatic gearbox.

Our drive of the early prototypes revealed that Skoda has tweaked the engine and gearboxes for the sedan with improved refinement, lighter clutch on the manuals and dialling back on the aggressive creep function on the Kushaq 1.0 TSI automatic.

4. Will have a well-sorted ride

5. It will be feature-rich and exceed safety norms

Coming to the equipment front expect Skoda to pack in a fair bit of kit, including its new 10-inch touchscreen, connected car tech, leatherette upholstery, ventilated seats, a digital instrument cluster, a high-spec audio system with six speakers and a sub-woofer, auto headlamps and auto wipers.

Skoda is also focusing on the safety aspect of the Slavia with the carmaker packing in up to six airbags, multi-collision brake, cruise control and a rear parking camera. The sedan is also said to offer greater pedestrian protection in case of an accident and also tested for side pole and rear impacts.

The Skoda Slavia is expected to reach showrooms in early 2022. The model has been teased multiple times already. With its spacious cabin, more upmarket interiors and powerful set of engines, Skoda will also reposition its new sedan. Whereas, the current Rapid’s price ranges from Rs 7.79 lakh-13.29 lakh (ex-showroom, India), the Slavia is likely to be priced around Rs 11 lakh-15 lakh (ex-showroom), with the top-of-the-line car possibly going a bit higher. In terms of rivals, the new Slavia will contend against the upcoming Volkswagen Virtus, Honda City, Hyundai Verna , Maruti Suzuki Ciaz and Toyota Yaris.

7. It will have a Volkswagen-badged sibling

As with the Skoda Kushaq and Volkswagen Taigun, the Slavia, too, will get a VW-badged cousin. The Volkswagen sedan, expected to be badged the Virtus, will share its mechanicals and some body panels with the Slavia but will feature revised styling to bring it in line with VW models on sale internationally.