Skoda Slavia design sketches revealed ahead of its debut this month

The Skoda Slavia is slated to be released in our market by mid-2022. 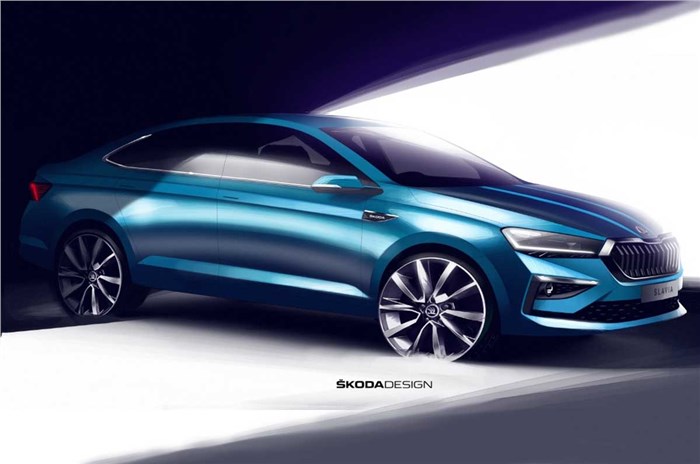 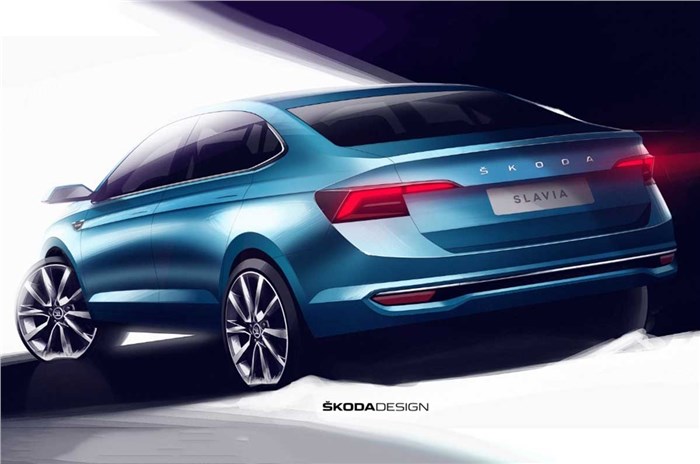 The first design sketches for the Skoda Slavia have just been revealed ahead of the model’s global debut on November 18. The Slavia is Skoda’s replacement for the ageing Rapid midsize sedan and it is the second model based on its new MQB A0 IN platform after the Skoda Kushaq. Expect the Czech carmaker to announce prices for the Slavia by mid-2022.

Skoda Slavia: what do the sketches show?

Skoda’s design sketches showcase a number of exterior design details of the Slavia. These include the car’s low front end with a wide, hexagonal grille, flanked by sleek headlights with L-shaped Daytime Running Light strips on either side. Moving to the profile we can see a coupe-esque silhouette that is derived by the gently sloping roofline at the rear that merges smoothly into the boot lid. We can also see a good looking set of dual, five-spoke alloy wheels. At the rear, we can see Skoda’s signature C-shaped tail-lights that are divided into two parts and extend into the boot. The neat bumper with a full width chrome strip on the lower part complete the look.

Under the hood, the new Slavia will be offered with a choice of two TSI turbo-petrol engines, just like the Kushaq. The first is a 115hp, 1.0-litre, three-cylinder TSI unit that will come paired to either a 6-speed manual or a 6-speed torque converter automatic gearbox. The other, more powerful option is a 150hp, 1.5-litre, four-cylinder TSI motor that will come with either the 6-speed manual or a 7-speed DSG gearbox. You can read our review of the Skoda Slavia prototype to get an idea of how it performs out on our roads.

In terms of features, the Slavia will be one of the better equipped sedans in the segment. While Skoda hasn’t revealed the full features list, key features will include six airbags, a digital instrument cluster, a rear parking camera, cruise control and multi-collision brake. Global NCAP has also tested the new Slavia, but the results are yet to be announced.

Once launched in early 2022, the Skoda Slavia is expected to be priced in the range of Rs 10 lakh-16 lakh (ex-showroom). As we have already mentioned, the Slavia will take on other models from the midsize sedan segment, including its cousin, the upcoming Volkswagen Virtus, as well as Honda City, Hyundai Verna and Maruti Suzuki Ciaz.