All-new Z sportscar to be powered by a 3.0-litre twin-turbo V6; expected to be named the 400Z. 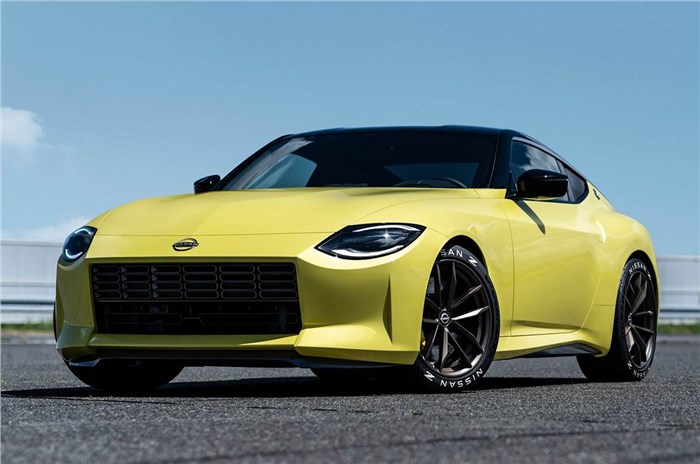 Nissan will debut its all-new Z sportscar, based on the Z Proto concept from 2020, on August 17, 2021. The all new sports car, likely to be called the 400Z, was spied undisguised earlier this year where the images revealed the production car’s styling and interior.

As seen in the images of the car leaked earlier in the year, the production 400Z stays true to the Z Proto concept. The long bonnet, rounded headlamps, large central grille and fast back like rear are throwbacks to the past generations of Nissan’s Z cars. The rear features a clean design with black trim that runs across the width of the rear and tail-lights that take inspiration from the 300ZX.

The cabin too remains close to the concept’s with a driver focused layout, a digital instrument cluster, slim central air-con vents, a large touchscreen and analogue dials atop the centre console.

The new 400Z is expected to be powered by a 3.0-litre twin-turbo V6 petrol engine. Reports suggest that the unit could make as much as 400hp putting it in a similar ballpark to the new Toyota Supra which makes 340hp (the UK version). Gearbox options are expected to include both a manual and automatic unit.

While Nissan did previously offer the 370Z as a halo model between 2010 and 2014, there is currently no news on if the new Z car will be made available in India. The carmaker currently has two models on sale in India, the Kicks mid-size SUV and the newer and more popular Magnite compact SUV. The company also offers three models under its sister brand, Datsun, namely the entry-level Redigo hatchback and the larger Go and Go+.

The carmaker also recently introduced a subscription-based ownership scheme covering the Kicks and Magnite as well as the Datsun Redigo.