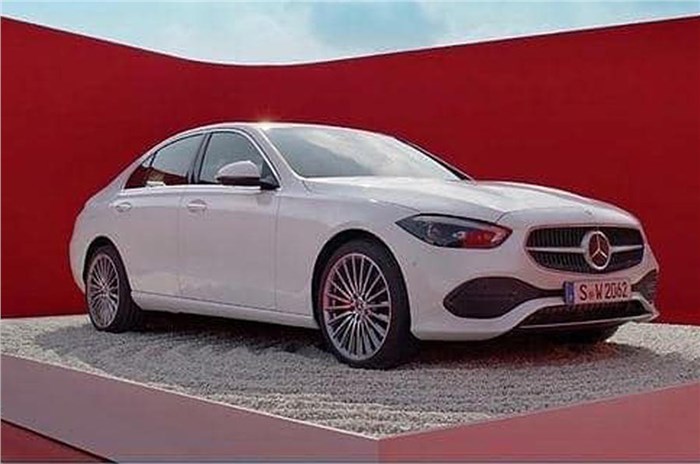 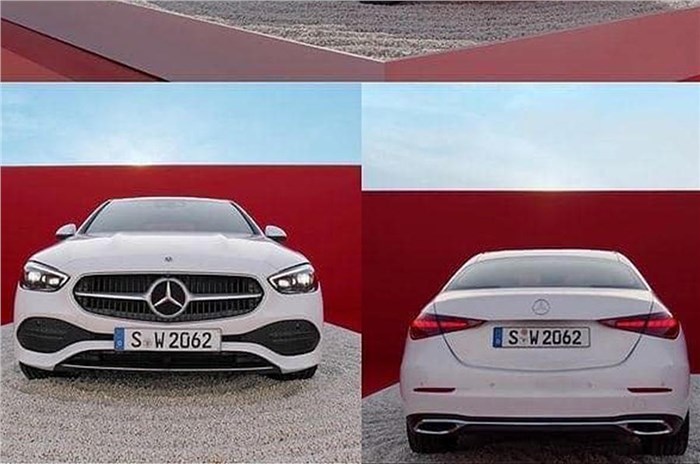 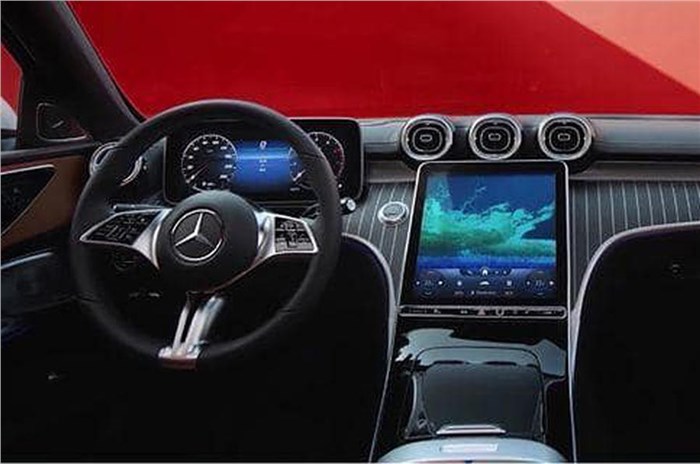 The new Mercedes-Benz C-class has been revealed in leaked images, ahead of the model’s debut tomorrow. The images provide a closer look at the all-new C-class’ exterior and interior styling.

Pictures posted online show the C-class will adopt a new look that brings it in line with the newer A-class, E-class and CLA. A more angular front end and reshaped light clusters are the most obvious evolutions, but what’s more significant is that it seems the new C-class will offer interior technology from the S-class luxury flagship.

Inside, the infotainment system looks to have been completely reinvented to accommodate the firm's second-generation MBUX software, with the current car’s horizontal central display swapped out for a prominent vertical unit between the front seats. The rotary controller and physical gearshifter are gone, too, with their functions likely shifted onto the touchscreen or steering wheel. A free-standing full-digital instrument display replaces the hooded cluster of the current car.

We can also see a new design for the C-class' distinctive air vents, and a colour head-up display will be available as well.

New Mercedes Benz C-class: What else is there to know?

As mentioned previously, the C-class has been redesigned from the ground up, with highly efficient new hybrid drivetrains and advanced autonomous driving technology set to be some of its key draws. The fifth-gen luxury sedan will be underpinned by Mercedes’ MRA platform and will be offered with a range of mild-hybrid and plug-in hybrid engine options.

In terms of technology, the new C-class is set to come packed with Level 3 autonomous technology, including a new Drive Pilot function that will allow hands-off driving at speeds of up to 129kph. The new C-class will also come with self-parking capabilities as part of an automated valet parking function developed by Mercedes in partnership with Bosch. It will allow the new C-class to negotiate parking garages and manoeuvre into free parking spaces – all via a smartphone app interface.

While there is no confirmation yet as to when the new model could arrive, one can expect Mercedes to introduce the new C-class in India in the near future. As with the current C-class, the all-new model will continue to rival the likes of the BMW 3 Series, Audi A4 and the Jaguar XE.

2021 is slated to be a big year for Mercedes in India, as the manufacturer has lined up 15 launches this year. Models that will be launched in India in 2021 include the new Mercedes-Benz A-class Limousine, the second-gen Mercedes-Benz GLA, the all-new S-class, and even the hardcore 730hp Mercedes-AMG GT Black Series.