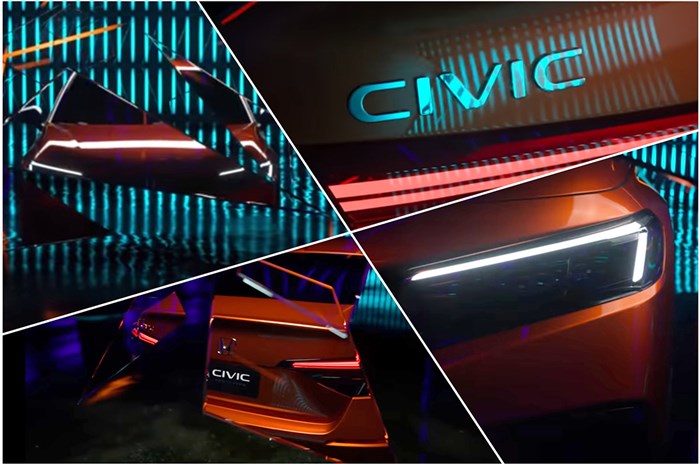 The new-generation Honda Civic sedan will be revealed in prototype form on November 17. Along with confirming the reveal date, the new teaser video provides glimpses of the Civic’s latest iteration, which is now entering its 11th generation.

While the glimpses in the video are fleeting, it’s clear that the new Honda Civic prototype carries most design cues that were revealed a few months ago in leaked patent images. The new Civic appears to have stepped away from the aggressive and edgy appearance of the current-gen model and adopted a more mature and grown-up design, drawing styling cues from the 5th-gen Honda City and the Honda Accord.

Shown in the video are the new Civic’s angular LED daytime-running lights, gunmetal finish multi-spoke alloy wheels, Honda Design motifs, slim LED elements in the wrap-around tail-lights and a subtle boot lip spoiler. Save for certain elements that are likely to be toned down, the prototype will preview a near-production version of the new Civic.

The teaser video doesn’t provide a peek at the new Honda Civic’s interior, but with an expected growth in size, interior space is likely to increase, and Honda could also add some more features, including connected car tech. More details and specifications of the new Honda Civic are expected to be announced some time in 2021.