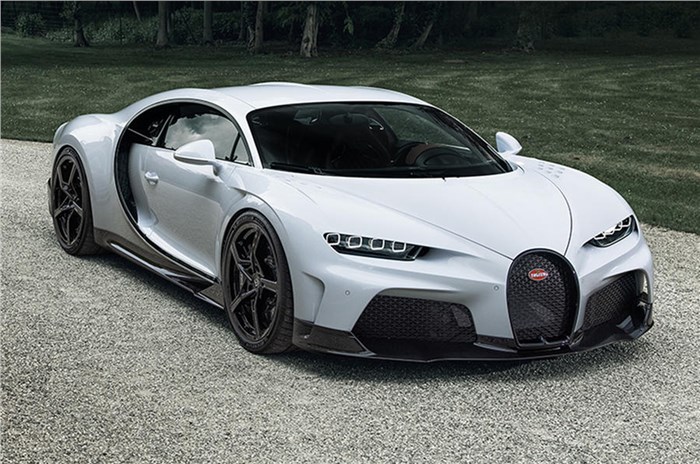 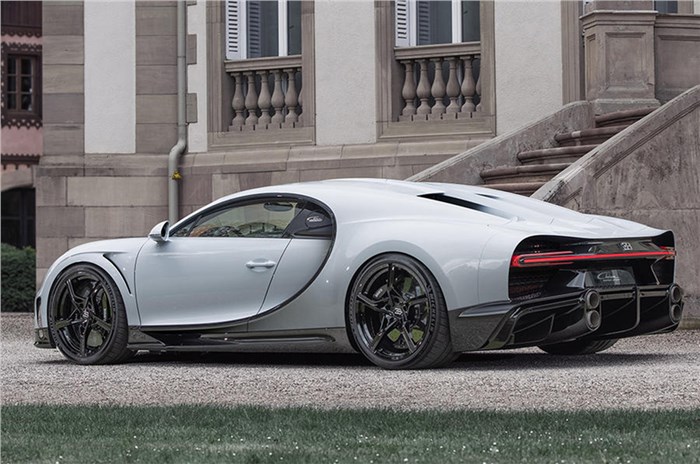 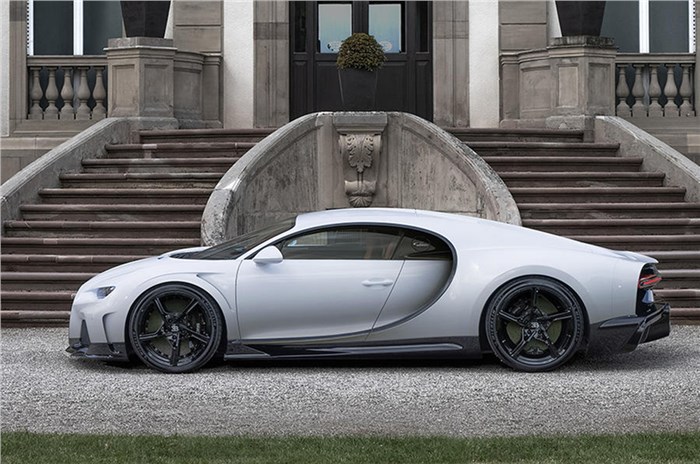 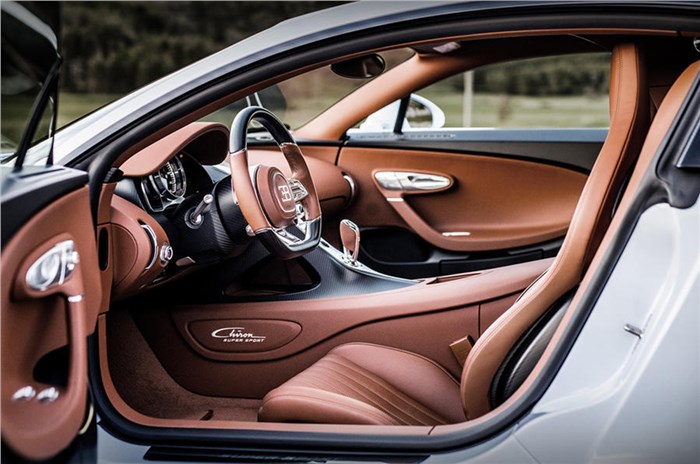 2021 Bugatti Chiron Super Sport: what is it?

The new addition to the Chiron line-up shares its mechanicals – and most of its styling – with the Chiron Super Sport 300+, a limited-run special edition based on the specially adapted Chiron that achieved a record-breaking top speed of 304mph (489kph) in 2019.

Unlike that car, however, the £2.75 million (approx. Rs 28.34 crore) Super Sport places more of an emphasis on rolling refinement. Whereas the Super Sport 300+ was presented as a lightweight and mainly pace-focused affair, the new Super Sport stays true to the Bugatti tradition of "combining top speed with absolute luxury," according to president Stephan Winkelmann. It is, he claimed, "the ultimate grand tourer".

Chief among the design revisions over the standard Chiron are a bespoke front end and a 25cm-longer rear end that optimises aerodynamic efficiency. This, combined with a revised diffuser and Centodieci-inspired exhaust vents on the rear wings, helps to counteract the "immense" downforce enacted on the Super Sport at its 440kph top speed.

While the 30 production examples of the record-breaking Super Sport 300+ feature exposed carbon-fibre bodywork, the new Super Sport is marked out by its more overtly production-focused, optional two-tone livery.

The Pur Sport's lightweight magnesium wheels are an option, but the Super Sport is equipped as standard with a unique set of five-spoke aluminium items.

Inside, the Super Sport more closely matches the standard Chiron, with polished aluminium and leather used for most surfaces, along with elements of carbon-fibre.

As with all other iterations of the Chiron, the Super Sport takes its power from a quad-turbocharged 8.0-litre W16 petrol engine, tuned to match the 1,600hp output of the Special edition 304mph (489kph) car. Maximum engine speed is up 300rpm over the standard Chiron, at 7,100rpm, while maximum torque – some 1,600Nm – is now available across a broader rev range.

With modifications made to its turbochargers, oil pump and cylinder heads, the Super Sport can accelerate from 0-200kph in just 5.8sec and is 7 percent quicker to 400kph than the standard Chiron.

The chassis has been comprehensively modified in line with the car's revised styling and dual focus. The steering and dampers, for example, have been firmed up for improved high-speed stability and smoother cornering behaviour, while the bespoke Michelin Pilot Sport Cup 2 tyres are said to offer enhanced rigidity and smoothness over those of the Pur Sport. Bugatti claims these tyres are the only tyres in the world capable of driving consistently at speeds of 500kph.