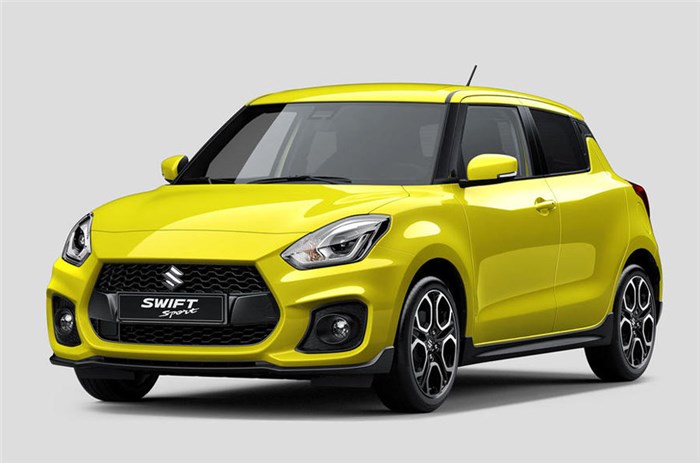 The new Suzuki Swift Sport, based on the new Swift, has been revealed and will officially debut at the 2017 Frankfurt motor show in September.

We had previously revealed certain details about the upcoming Suzuki Swift Sport that is underpinned by the new Heartect platform. This lightweight hot hatch will sport a 140hp, 1.4-litre turbo-petrol Boosterjet engine, while Suzuki has claimed that the model has “undergone a complete redesign and delivers an all new level of excitement for sport-minded drivers across the world.”

The Swift Sport is expected to follow in the footsteps of its predecessors and feature the same engaging handling, impressive body control, slick manual gearbox, subtle body kit and a low kerb weight. The previous-generation Swift Sports were offered with a 138hp, 1.6-litre, naturally-aspirated motor and this is the first time a turbocharged petrol engine will be offered instead.

While Maruti Suzuki will debut the new Swift at the 2018 Auto Expo in January, there is no official word on whether the Swift Sport will come to India. However, the likelihood of the hot hatch coming to India with the 1.4-litre motor is high.

The Indian market has seen a new niche emerging in the hot/warm hatchback segment with cars like the Fiat Abarth Punto, Volkswagen Polo GTI and Maruti Suzuki Baleno RS. If Maruti Suzuki’s knack for a well-priced product holds, the Swift Sport could take this segment by storm.