The new Swift will be built on an all-new stiffer and lighter platform. Boosterjet engine option to come at a later stage. 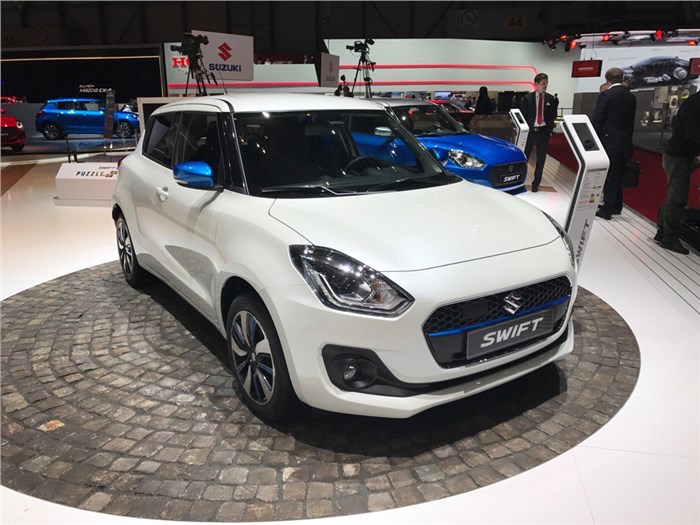 Maruti will launch the all-new Swift in India by early 2018. Codenamed YSD, it will be built on the same platform as the Baleno and Ignis but will feature minor changes. Keen to keep the sporty character intact, this new platform – codenamed 'Heart-tect' – will be much stiffer, and even lighter (890kg) than the one used by the Baleno. This will allow it to deliver extremely sporty dynamics that, according to Suzuki insiders, will be more in line with the first-generation Swift than the more ‘rounded’ current car; good news indeed.

The car that will be sold in India will be a heavily localised version of the European and Japanese car (the new Swift will be the only Suzuki car manufactured in India, Japan and Hungary). Tuned to be driven on our roads, it will have a much higher ground clearance which could spoil the stance a bit but will have features and options more suited to Indian tastes. The new Swift will also have a more mass-market focus than the Baleno.

Maruti is in fact so keen to give the Swift a wider appeal that it will resist the temptation to sell it through Nexa dealers. The main reason for this, according to Maruti, is the limited reach of its more upmarket dealership. While there are currently around 200 Nexa dealerships nationwide, the current count of regular dealerships stands close to 1,000.

While it still isn't clear what spec the car will be launched with in India, what is clear is that, probably at a later stage, the Swift will be powered by the new Boosterjet direct-injection turbo-petrol, and that the car will come in automatic form, on both petrol- and diesel-powered versions. A 1.5-litre diesel engine is also likely to be introduced at a later stage.

What Maruti is also currently tossing around is the option of an even sportier version of the new Swift. A more driver-oriented version is on the cards for certain, but the carmaker still isn't sure if it wants to do a Baleno-like RS or a full-fat 138hp 1.4 Boosterjet-powered Swift Sport. The ideal scenario, of course, could be both, with the Sport sold through Nexa dealerships.