Online configurator offers a look at the accessory options and the MG Hector’s base variant (Style), which misses out on the 10.4-inch touchscreen infotainment system. 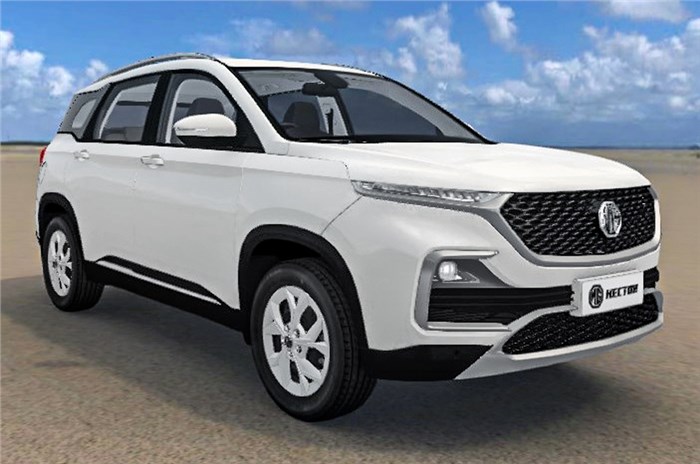 The base Hector Style variant. 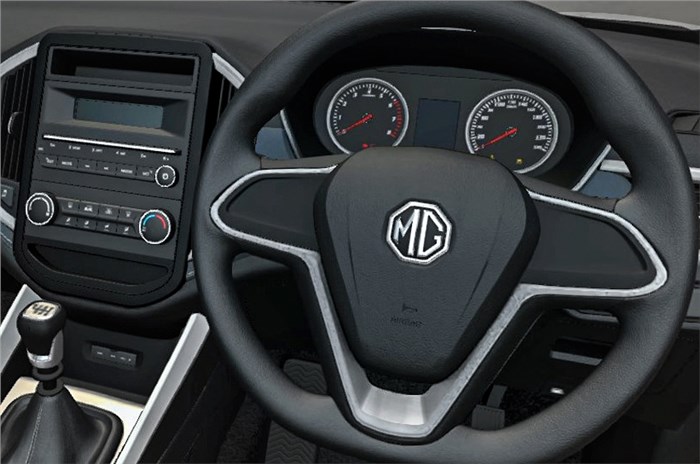 The interiors of the base Hector Style variant.

The MG Hector is one of the most eagerly anticipated launches of 2019. Morris Garages managed to build hype with the unveiling of the iSmart connected infotainment system, followed by the Hector’s public debut, and the company opening its showrooms earlier this week, accepting bookings for the Hector for an amount of Rs 50,000. Now, as the MG Hector’s India launch nears, an online configurator for the Hector has gone live, and among other details, it also gives us our first look at the Hector’s base model – Style.

On display at the India debut was the fully-loaded MG Hector Sharp, which gets all the bells and whistles. First pictures of the base Style variant are out now, thanks to the configurator, showing what the Hector looks like in its most basic form, devoid of a number of key features available on higher-spec trims. Up front, the MG Hector Style gets halogen projector headlights, instead of the LED units available on higher variants, and also doesn’t get fog lamps. In place of the alloys come painted steel wheels with full-wheel covers, and there are no chrome elements on the outside.

Inside, the biggest change is the omission of the 10.4-inch touchscreen infotainment system that is available from the mid-spec Super variant onwards. Replacing the massive touchscreen is a different head unit for the four-speaker, Bluetooth-enabled audio system, and it comes with physical buttons and rotary AC controls. There also appears to be a small cubbyhole above the head unit for storing odds and ends, and the steering wheel looks almost bare, missing out on audio controls. The interior colour scheme is different, too, with fabric replacing leather all across the cabin.

That said, the MG Hector Style does get a fair amount of features. Dual airbags, traction control, hill-hold control, disc brakes on all four wheels, rear parking sensors, power-adjustable ORVMs, rear AC vents and keyless entry, all come standard on the Style. However, the Style variant will only be available in the standard petrol and diesel MT versions, and can only be had in white or silver.

What the configurator also reveals are the accessories that’ll be on offer for the MG Hector. Options include a roof-mounted luggage rack, side step boards, a number of exterior chrome finishes, along with different floor mats; however, prices for the same aren’t specified as yet.

The MG Hector’s prices are expected to be announced in the second-half of June, and are likely to be in the range of Rs 15-20 lakh (ex-showroom).