Mercedes-Benz India has sold a total of 5,007 vehicles in the first 9 months of the year; Mercedes-Benz E-class and GLC remain primary sales drivers. 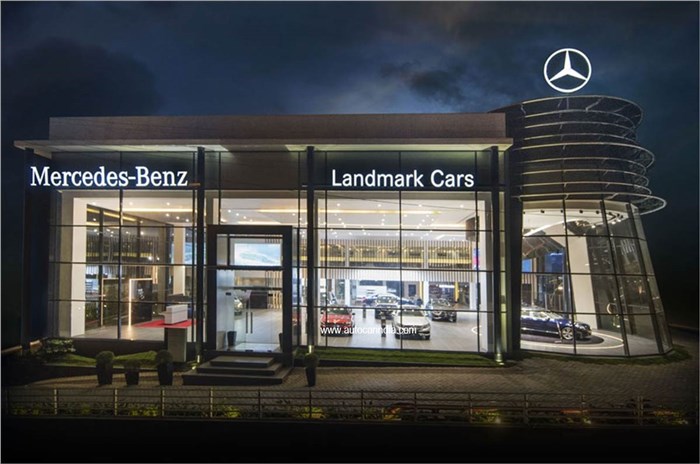 While sales were down to triple digits in Q2 2020 because of the COVID-19 pandemic and the ensuing nationwide lockdown, Mercedes-Benz India’s Q3 sales returned to nearly 80 percent of pre-COVID-19 saleslevels.

So far, Mercedes-Benz India has sold a total of 5,007 vehicles in the first ninemonths of the year.Also, a strong showing in the month of September points to a promising start to the final quarter of the year when sales are expected to rise thanks to the festive season.

As before, the Mercedes-Benz E-class and GLC continue to be the primary sales drivers for the company, with the E-class remaining Mercedes’ highest-selling model in India.

Mercedes-Benz India has also witnessed healthy demand for the new-generation GLE and GLS SUVs, both of which have been launched this year, and 48 percent of all Mercedes-Benzes sold in India in September were SUVs.

With entry-level models like the  A-class and GLA missing from Mercedes' line-up this year, the Mercedes-Benz C-class has had an even more important role to play, and it continues to be among the more popular models in the range.

Earlier this year, Mercedes-Benz India introduced its online car-buying platform, and the company says 20 percent of its sales in Q3 2020 originated in the form of online bookings.

With the CLA and first-gen GLA now discontinued, Mercedes-Benz India’s line-up has sorely missed volume models for the better part of 2020. Reinforcements were to arrive in the form of the Mercedes-Benz A-class Limousine – bookings for which have been open since February – and the second-generation Mercedes-Benz GLA, but both launches had to be pushed back dueof the COVID-19 pandemic. As it stands, the Mercedes A-class Limousine’s India launch will only take place towards the end of 2020, while the second-gen GLA will only be launched early in 2021.

The A-class Limousine – expected to shore up the company’s sales figures in Q4 2020 – is a crucial launch for Mercedes-Benz India, especially with BMW India pressing forward with a big launch of its own.The BMW 2 Series Gran Coupe is set to be launched on October 15, and for the time being, will have the entry-level luxury sedan space all to itself.

Do you think the A-class Limousine will make a big difference to Mercedes-Benz India’s sales figures in Q4 2020? Let us know in the comments.