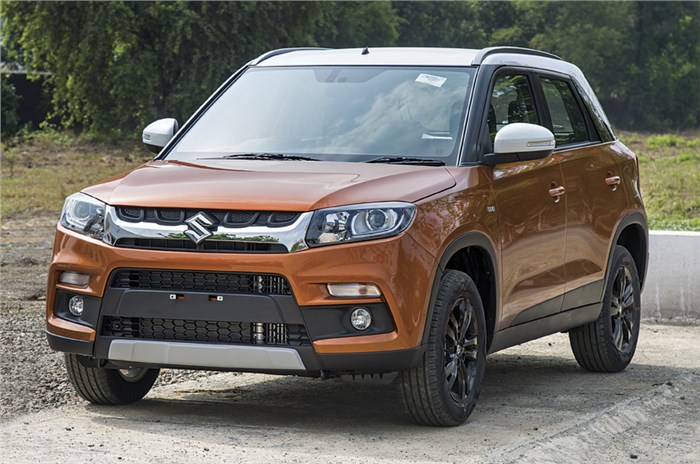 In just a little under three years, the Maruti Suzuki Vitara Brezza has found over 4 lakh customers; AMT variant contributed 20 percent to overall sales since its introduction in 2018.

Cumulative sales of the Maruti Suzuki Vitara Brezza have crossed the 4 lakh mark in less than three years. According to the company, the Vitara Brezza – which was launched on March 8, 2016 – leads the compact SUV segment with a market share of over 44 per cent.

Right since July 2016, the Vitara Brezza has been the leader in the UV market, with the Hyundai Creta a consistent second. Since its launch, it has proved to be a real game-changer in the industry and helped Maruti Suzuki grab the lion’s share in the segment. With a 28.34 per cent share, Maruti Suzuki leads the UV space from Mahindra & Mahindra, which holds a 24.2 per cent share.

While the Vitara Brezza crossed 1 lakh unit sales in just 12 months, it went past the 2 lakh sales mark in 20 months; the 3 lakh milestone was crossed in 28 months and now, the 4 lakh mark in 35 months.

R S Kalsi, senior executive director (Marketing and Sales), Maruti Suzuki India, said, “The Vitara Brezza has struck the right chord with Indian customers and has transformed the compact SUV landscape in India. It continues to be the most loved and awarded SUV despite several new entrants into the segment.”

Maruti Suzuki also says the Vitara Brezza AMT has contributed 20% to overall sales since its introduction in May 2018.

Of late, competition in the compact SUV space has grown truly fierce with the Tata Nexon finding more takers and Mahindra launching the impressively-loaded XUV300. Things are about to get even more intense as Hyundai is readying the QXi compact SUV for launch in the coming months.