Vitara Brezza compact SUV will be offered with the new 1.5-litre petrol engine from the Ciaz and the Ertiga. 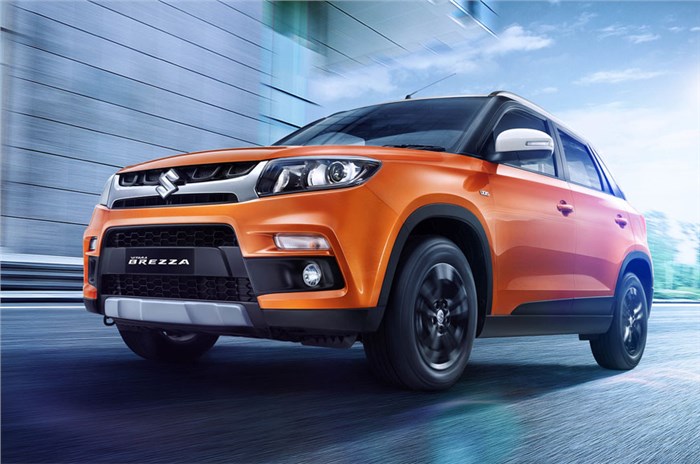 UPDATE: Maruti Suzuki to phase out all diesel cars by April 2020

The Maruti Suzuki Vitara Brezza compact SUV has been a sales sensation since it hit the market, and that’s despite being on sale with only a diesel engine. Things are set to get better for the compact SUV as Maruti is working on introducing a petrol engine version. The engine in question is Suzuki’s new K15B 1.5-litre engine that made its debut in the Ciaz last year and then made its way on to the second-gen Ertiga MPV.  In the Ciaz, the 1,462cc engine makes 105hp and 138Nm of torque. Also part of the package on the Brezza will be Suzuki’s Smart Hybrid system, which features an integrated starter generator and dual battery setup.

Sources tell us that Maruti was considering bringing the 1.0-litre BoosterJet petrol engine from the Baleno RS for the Vitara Brezza. However, the turbocharged engine worked out to be expensive for and real-world fuel economy too wasn't in line with expectations. Furthermore, the 1.0-litre BoosterJet’s weak bottom end wouldn't have been in sync with the Brezza's character. The naturally aspirated 1.5-litre motor may not be the most exciting of engines but it does make enough power and promises good fuel efficiency as well. Interestingly, the use of the 1.5-litre petrol engine would mean the Brezza won't qualify for the excise duty sops extended to cars under 4m in length and with engine capacities under 1,200cc.

The Vitara Brezza 1.5 petrol will come with a 5-speed manual gearbox initially, and Maruti Suzuki has plans to introduce a 4-speed automatic transmission later (the same torque converter gearbox from the Ciaz 1.5 petrol). Though unconfirmed, reports also suggest that Maruti will make some cosmetic changes to the new 1.5 petrol Vitara Brezza.

In addition to this, the Vitara Brezza will get a new diesel engine option this year. The unit will be Maruti Suzuki’s new 1.5-litre diesel motor (DDiS 225) that just made its debut on the Ciaz sedan. The engine will be BS-VI-ready but it could cost significantly more than the existing Brezza diesel that uses a Fiat-sourced 1.3-litre diesel engine (DDiS 200). However, as per our report, the diesel-engine Brezza will not be on sale after April 2020.