The brand’s updated multimedia infotainment system brings along an enhanced set of features to the vehicle’s touchscreen. 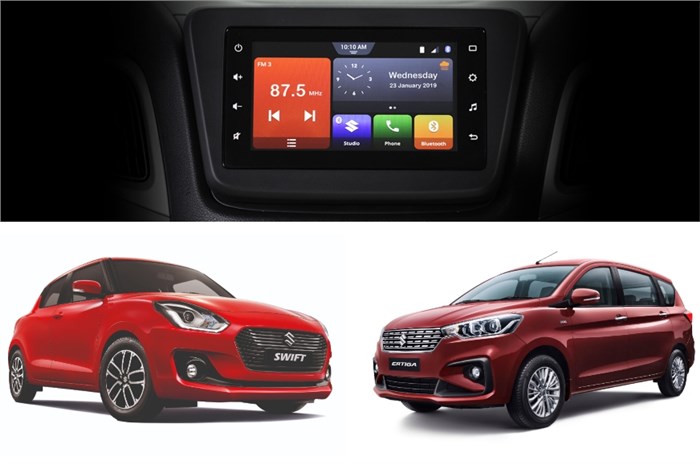 Maruti Suzuki has silently introduced minor upgrades to the Swift and Ertiga by updating the models’ multimedia functionalities. Maruti has replaced their ageing SmartPlay infotainment system with the latest SmartPlay Studio system, and can be found across the company’s more contemporary offerings.

The new touchscreen presents a slicker user interface that’s easier to operate while on the move. In addition features like an image viewer and video player, the infotainment system also offers enhanced smartphone integration through a dedicated SmartPlay Studio app available for downloaded via the Apple App Store or Google Play Store. Owners can utilise this functionality to access offline navigation, Aha music streaming and get news, sports and weather updates. The SmartPlay Studio app also allows the phone to be used as a remote control for the infotainment system.

Despite the shift to newer hardware, the touchscreen size remains unchanged at 7in. As before, the interactive multimedia system can only be had on the range-topping ZXi+ trims of both the hatchback and the MPV. Features such as Android Auto, Apple CarPlay, Bluetooth, steering-mounted controls and USB and AUX connectivity have also been carried forward as before. With the recent update, a majority of the automaker’s models boasting of touchscreen functionality have made the switch to the latest Smartplay Studio system, with only the Ciaz making use of the previous-gen hardware. The mid-size sedan as well as the S-Cross, which is due for an update in the coming weeks, will most likely gain the new touchscreen soon enough.

There are no other changes to the Ertiga and Swift in terms of features or mechanicals. The former continues with a 105hp, 1.5-litre K15B petrol engine that packs in Suzuki’s SHVS mild-hybrid tech. Transmission duties are handled by either a manual or torque converter automatic gearbox. There is also the option of CNG, albeit only in a non-hybrid guise with a manual offering.

The Swift sports an 83hp, 1.2-litre K12M petrol engine mated to either a manual or an AMT-automatic gearbox. Recently, Maruti updated its Dzire sedan with a facelift that replaced the K12M unit under its bonnet with a more fuel-efficient 90hp, 1.2-litre K12N DualJet petrol motor with auto start-stop functionality and a dual-VVT setup. The Swift may get a similar mid-cycle update later this year.

The Ertiga primarily goes up against the Mahindra Marazzo in our market, while the Swift battles it out with the Hyundai Grand i10 Nios and Ford Figo. In FY2020, the Swift proved to be the second-highest-selling passenger vehicle in India. Click here to see the list of the top 10 best-selling PVs. 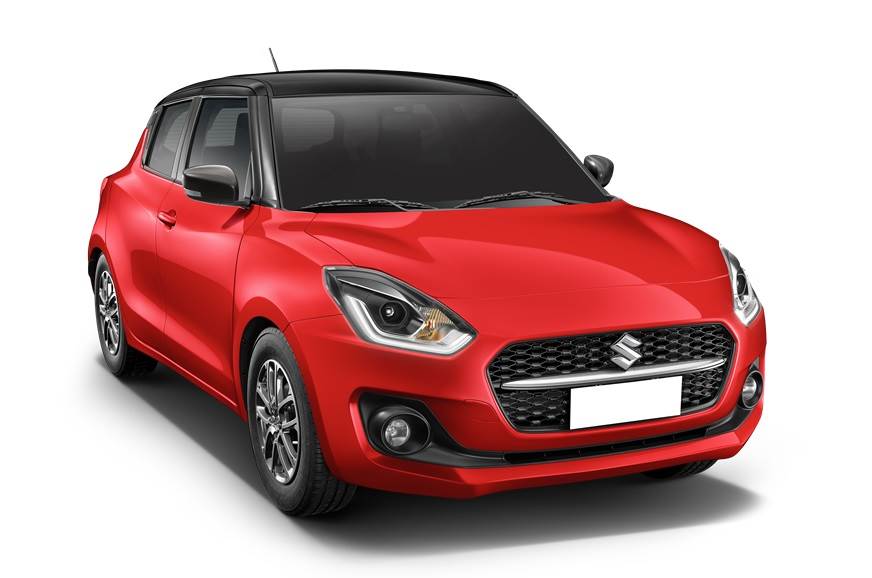