Maruti Suzuki tops the charts once again; Hyundai Venue is new addition to the list. 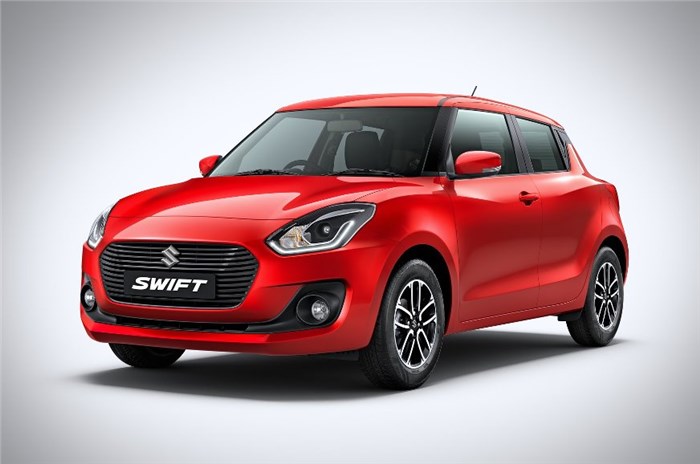 Financial year 2020 was perhaps one of the most challenging periods for the Indian auto industry. An amalgamation of factors saw sales plunge, with no carmaker escaping unscathed. However, a strong performance by the utility vehicle (UV) segment offered a glimmer of hope.

Despite the strong headwinds, the country’s two largest automakers – Maruti Suzuki and Hyundai – managed to maintain their stranglehold over the bestsellers’ chart, with the former locking out the first seven spots. Here’s a look at the 10 top-selling passenger vehicles (PVs) in FY2020.

Maruti’s most affordable model was also its bestselling one. And while it managed to maintain its lead, at 1,90,814 units, from the previous year, the Alto saw a sharp year-on-year (YoY) decline of 26 percent. Available in two iterations, the hatchback range comprises the entry-level Alto, which gets a 796cc engine, and the Alto K10 that sports a 1.0-litre mill. While both can be had in petrol and CNG options, it is only the more powerful of the Altos that gets an AMT automatic transmission as well. Though Maruti had rolled out a BS6 update for the 0.8-litre model in early 2019, the K10 is yet to receive an emissions upgrade.

Though the Baleno managed to move up a spot to the third place in FY2020, it reported a 15 percent de-growth, with sales of 1,80,413 units (FY2019: 2,12,330 units). Nonetheless, it was the highest selling model for Nexa and accounted for the lion’s share of retails for the premium sales network. Having received mild updates in early 2019, the Baleno gets a pair of 1.2-litre petrol mills – an 83hp K12M unit and a 90hp K12N engine with Suzuki’s ‘Smart Hybrid’ system. While a 5-speed manual gearbox is standard, an optional CVT auto transmission can be had with the former engine. The diesel offering, as well as the sporty Baleno RS, stand discontinued.

The Japanese automaker’s compact sedan slipped two places vis-à-vis the previous fiscal year, owing to a substantial 29 percent decline, and posted figures of 1,79,159 units (FY2019: 2,53,859 units). While the Dzire’s diesel mill has fallen prey to the BS6 norms, its 1.2-litre petrol engine has been upgraded with a recent facelift from an 83hp K12M configuration to a 90hp DualJet setup. Transmission choices remain unchanged, with a manual or AMT auto option.

Experiencing its first full year of sales in FY2020, the third-gen Wagon R managed to buck the sales downturn with a 3 percent growth and pulled in 1,56,724 buyers (FY2019: 1,51,462 units). With the latest model, the ‘tall-boy’ doesn’t only fare better in terms of size, space and equipment, but also improves drivability by offering a 1.2-litre petrol engine in addition to the familiar 1.0-litre mill. While both get the convenience of manual as well AMT automatic options, only the smaller power plant offers the flexibility of a factory-fit CNG kit.

With a robust 27 percent growth bringing in sales of 1,17,003 units in FY2020 (FY2019: 91,769 units), the Eeco posted a strong performance, which should be a vindication for the company upgrading the people mover to the latest emission and crash test norms. In its updated avatar, the Eeco continues with its 73hp, 1.2-litre G12B petrol engine. There is also a CNG option on offer.

Maruti’s compact SUV witnessed a tough FY2020, culminating in a 30 percent decline YoY to 1,10,641 unit sales (FY2019: 1,57, 880 units). While increasing competition in the segment took its toll, the company’s early announcement of phasing out diesels by April 2020 did it no favours either. The Brezza made the switch from a diesel-only to a petrol-only model, with a recent facelift. A 1.5-litre K15B petrol mill takes the place of the erstwhile 1.3-litre diesel motor. A manual transmission is standard, with the optional torque converter automatic variant exclusively getting Suzuki’s mild-hybrid system.

The first Hyundai to appear in the bestsellers’ chart is the Elite i20 at the eighth place. Due to be upgraded by the all-new next-gen model in the coming months, the outgoing version of the premium hatch registered 1,08,091 units of sales – a 23 percent drop since the last fiscal (FY2019: 1,40,225). While the model was also available with a 1.4-litre diesel engine in the BS4 era, it continues with just a 1.2 petrol for the time being. The upcoming third-gen i20 will not only bring back diesel, but also introduce a turbo-petrol engine option.

At 99,592 units, Hyundai’s midsize hatch occupies the penultimate spot in the list. Despite the Korean carmaker launching the all-new Grand i10 Nios last year, the i10 line-up witnessed a 21 percent decline in sales (FY2019: 1,26,041 units). On the mechanical front, while the Grand i10s old and new are both available with a 1.2-litre petrol engine, only the Nios gets the added flexibility of a 1.2-litre diesel and an AMT automatic gearbox. Hyundai recently expanded the Nios range with a sporty 1.0-litre turbo-petrol engine.

The Venue has proven to be a runaway success for Hyundai. Ever since its debut in May 2019, the compact SUV has managed to rack up 93,624 units of sales, displacing the Creta as the Korean car manufacturer’s bestselling SUV. A boatload of features and a wide range of powertrains, including a 1.2-litre petrol, 1.0-litre turbo-petrol and 1.5-litre diesel engine, have especially found favour amongst buyers.

While the recently concluded fiscal was already challenging for the auto sector, the coronavirus outbreak right at the outset of FY2021 might signal tougher times ahead. Watch this space for more.