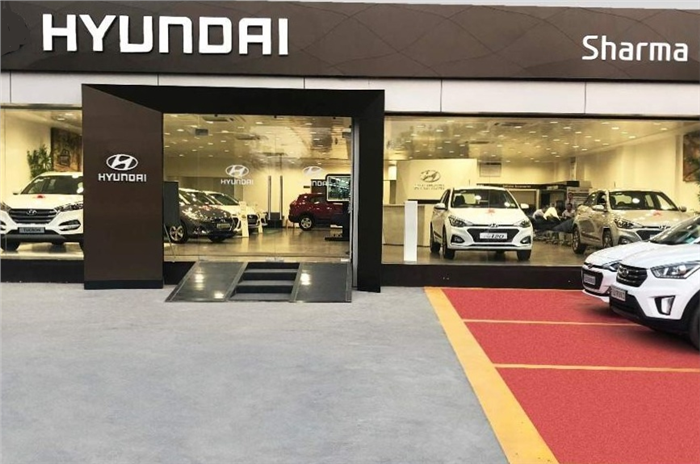 Hyundai Motor India Limited, India’s second largest carmaker, has released its sales numbers for March 2020 and FY2020. And the data isn’t good. The carmaker sold 26,300 cars and SUVs in the month, reflecting a massive 40.69 percent drop to March 2019’s figure of 44,350 units. In the preceding eleven months of FY20, Hyundai sold an average of 41,728 units a month. The dramatic drop in sales is down to the coronavirus pandemic and the subsequent lockdown that reduced sales to a trickle in the latter half of the month.

The poor March sales performance has also weighed down on Hyundai’s cumulative sales for the financial year. Hyundai sold 485,309 units in FY20 which is 10.99 percent down on the 545,243 units it sold over FY19.

Relatively speaking, however, FY20 was not all that bad a year for Hyundai in India. The success of the Venue compact SUV in particular helped the Korean carmaker achieve its highest ever market share in India. The carmaker ended calendar year 2019 with a market share of 17.3 percent, up 1 percent over the preceding year.

While April promises to be yet another challenging month for sales, Hyundai could see sales bounce back quicker than rival carmakers. Deliveries for the hotly-anticipated second-gen Creta commence soon and what could also drive up the numbers is Hyundai’s focus on diesels. Mass models like the Grand i10 Nios hatchback, Aura compact sedan and Venue compact SUV are each available with the option of a BS6-compliant diesel engine. Another model sure to give a fillip to sales is the next-gen i20 that is scheduled to go on sale in India towards the middle of the year.

Times might be tough for the auto industry but don’t be surprised if Hyundai comes out as one of the winners on the other side of the slowdown.