Carmaker announces sales of 10,634 units of the S-Presso in October 2019; budget car enters list of top 10 bestsellers for the second month in a row. 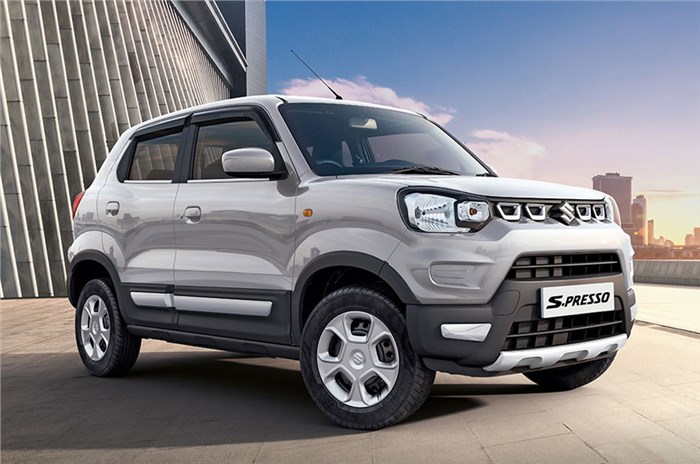 Maruti Suzuki has announced that it has sold 10,634 units of the S-Presso in the month of October 2019, putting the car in the list of the 10 bestselling models for the month. Maruti Suzuki has long been a dominant figure in the top 10 monthly sales charts, with models such as the Alto, Swift and Dzire having long vied for the top three positions.

Interestingly, this is not the first time that the S-Presso has appeared on the monthly sales chart. Sales for the month of September – the car was launched on September 30 – feature the car in eighth place, with just over 5,000 units sold in the month.

Speaking about the S-Presso’s performance in the market, Shashank Srivastava, Executive Director (Marketing & Sales), Maruti Suzuki India Limited, said, “Today, Indian buyers have a clear inclination towards feature-loaded, safe, comfortable and easy-to-own entry-level cars. S-Presso has been able to carve out its own niche in the entry segment. S-Presso stands apart to offer unique experiences to its distinct customers in the segment. We are enthused with the response and thank our customers for their confidence in S-Presso.”

The S-Presso is Maruti’s latest budget car in the market and debuts the carmaker’s BS6-compliant, 1.0-litre, K10 petrol engine – which is set to make its way into other Maruti cars in coming months. A rival to the Renault Kwid, the S-Presso features SUV-derived styling first seen in the form of the Future S concept. The high-riding hatchback is available in a choice of four trim levels; the higher trims get the option of an AMT gearbox.