New Maruti Suzuki S-Presso will sit below the Vitara Brezza; likely to come with a 1.2-litre petrol engine. 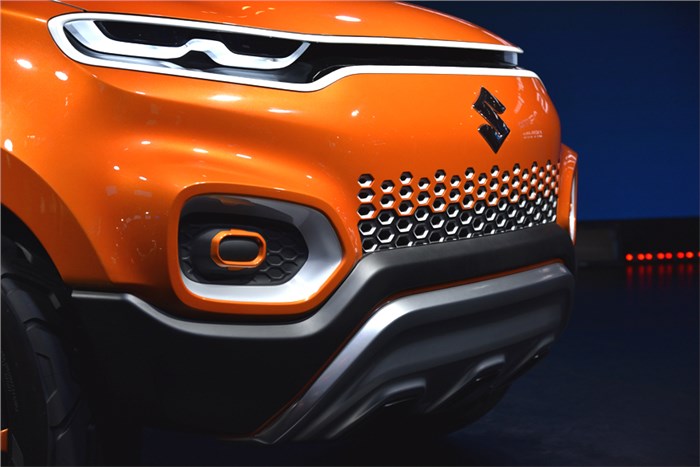 Maruti Suzuki is gearing up to introduce its smallest SUV in the Indian market. The company will most-likely announce pricing for its all-new S-Presso micro-SUV sometime in September this year. The Maruti Suzuki S-Presso will be sold via the brand’s Arena dealership channel. For those who don’t know, the Maruti Suzuki S-Presso is actually the production-spec version of the Future S Concept that made its world debut at the 2018 Auto Expo held in Greater Nodia.

The S-Presso will be Maruti’s smallest SUV in the market and will sit below the Vitara Brezza compact SUV. The model will feature an upright SUV-like stance (unlike the crossover-ish design seen on the Ignis and S-Cross) and will go up against the likes of the Renault Kwid and the Mahindra KUV100 NXT. Expect the S-Presso to have at least 180mm of ground clearance and a high seating position.

On the inside, the Maruti micro-SUV is expected to feature “Celerio-like” cabin room, with dark-grey interiors and colour-coded interior bits, just like the ones seen on the concept. The dashboard design will be inspired by the concept too. The Maruti Suzuki S-Presso will get a Mini-esque dashboard layout with a digital speedometer and an infotainment screen mounted inside a large circular enclosure. The centre AC vents will be positioned on either side.

Just like the newer Maruti models, the S-Presso is expected to be based on the flexible and lightweight Heartect platform. Under the hood, expect Maruti to use the BS6-compliant, 1.2-litre petrol engine that also does duty on a number of Maruti cars like the Wagon R, Swift, Ignis and Baleno. Expect Maruti to offer a CNG-powered variant as well on this model, albeit a little later.

With the S-Presso, Maruti is looking to take advantage of the Indian consumer’s higher preference for SUVs and high-riding vehicles – so far it just has the Vitara Brezza and S-Cross that fulfill these conditions. Expect more details on the S-Presso to trickle out as we head closer to the launch date.