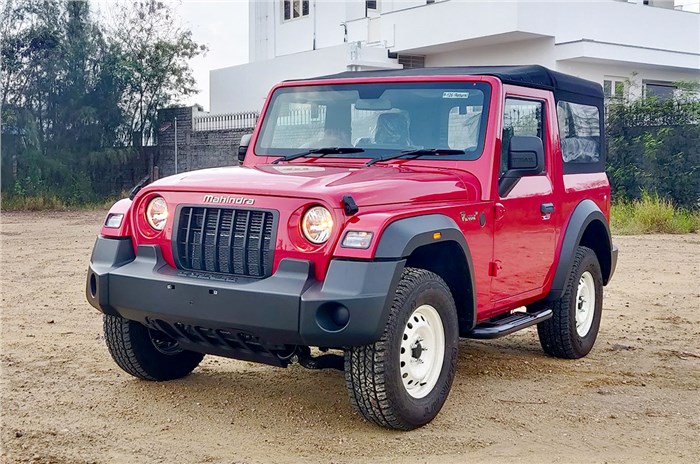 6-seater version would nullify the 4-star crash rating; huge backlog of orders yet to be cleared.

Mahindra Thar AX six-seater: Has it been reintroduced?

According to various media reports, the Mahindra Thar 6 Seater had recently been reintroduced, as various dealers had updated their price lists with the said version.

However, the company has clarified to us, that sinceits discontinuation in Novemberlast year, the car has not been relaunched. In a statement to Autocar India, Rajiv Mehta, Head Global Product Planning at Mahindra said, “The information about reintroduction of the AX 6 seater variant of the all new Mahindra Thar is incorrect and it is critical to highlight that there is no change in our variant mix following the Global NCAP review and rating”.

News of the reintroduction of the 6 Seat Thar AX would be significant, as it was discontinued in order for the Mahindra off-roader to earn its4-star Global NCAP crash rating. If the variant is brought back, the Thar risks losing this precious accolade.

When assessing new cars, Global NCAP picks the variant that will face the “biggest challenge in the crash test”, which for the Thar would have been the six seat version with its side facing dual benches which don't get seat belts, had it been on sale at the time of the test. As it was discontinued, however, the organisation went with a top-spec Thar LX with a hardtop roof instead.

Speaking to Autocar India in December last year, Alejandro Furas, secretary general of Global NCAP, said a reintroduction would nullify the rating and Mahindra would be prevented from using it in any form of communication. Furthermore, he elaborated, “beyond cancelling the rating, ideally we would buy a Thar with the side facing seats and then test it again and give a new rating".

Mahindra Thar AX six-seater: Will it be reintroduced?

Thus, it's highly unlikely Mahindra would throw away the much-coveted star rating over a single, low-spec model which the company says wasn't even in high demand after launch.

Mehta, further elaborated that the NCAP rating is greatly valued by the company saying, “We are humbled and proud that the all new Thar has secured a 4-star rating by GNCAP which makes it the highest rated off-roading vehicle in India.”

Furthermore, our sources in the company state that the company is busy with a backlog of orders for the existing variants and most likely won’t be able to introduce a new variant for at least a year.

Curiously, though, Mahindra has updated the prices for the Thar 6 seater with dealers but says that it is a matter of procedure, and the car is most certainly not available for sale. Thus, this does not rule out a return of the 6-seater, but as things stand it’s not likely to happen very soon.

Mahindra upcoming SUV launches: 2021 and beyond

The company will launch the Bolero Neo this week and a global debut of the new XUV700 is also expected this month followed by a price announcement. An all-new Scorpio will see a market launch early next year.

MahindraThar gets its biggest price hike since launch

Pratap Bose talks on why he moved toMahindra