Thanks to Global NCAP rules the side facing seats on the Mahindra Thar may be permanently discontinued. 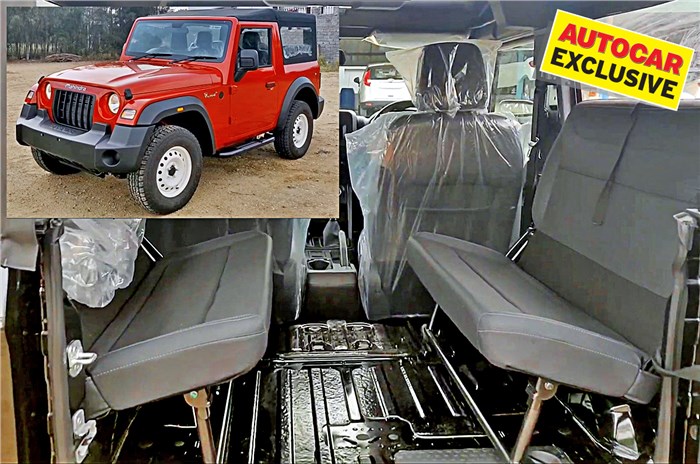 On the 25th of November this year, the Global NCAP published the crash test results of the Mahindra Thar wherein it scored a very impressive 4 stars. Curiously though, it was the high-end version that was tested and not the base model as is often the practice with Global NCAP.

Speaking to Autocar India, Alejandro Furas, secretary general of Global NCAP, said that the organization picks the variant that will face the “biggest challenge in the crash test”, typically the base versions. If, however, safety standards are common, then the top end version is picked as the alloy wheels – usually on top spec – place a higher load on the firewall than steel wheels, which simply crumple in the impact.

At the time Mahindra asked for the Thar to be tested the side facing seats were still on sale, however, Furas said, “Mahindra confirmed to us that they decided to pull out the side seats version and it would no longer be available by the time we published the results”. Thus the high end version was picked.

Mahindra could of course reintroduce the side seats at a later date, however, this would nullify the Thar’s 4-star rating and Mahindra would be prevented from using it in any form of communication as GNCAP rules state a star rating is applicable to the entire lineup and not just a particular variant. Furas further added that in such a scenario they would also likely retest the Thar saying, “We will buy a Thar with the side facing seats and then test it again and give a new rating”.

He also added that in a few markets, manufacturers have tried similar approaches, giving the example of Hyundai who discontinued certain lower end (lower safety kit) variants in some Latin American markets only to reintroduce them after the crash tests. Global NCAP had at the time, retested the car and publishing its new rating which dropped from 4 stars to 1 star.

Mahindra is thus not likely to reintroduce the side seats and throw away its investment on the Thar’s engineering as well as on the crash tests with Global NCAP. Further, it would also be throwing away a very impressive safety rating that is bringing it a lot of positive marketing exposure.

Furas also backed this up saying that he does not see Mahindra letting go of a good rating especially after doing very good work with engineering a strong passenger cell and “guiding the forces and pulses around the structure very well”.  Thus, it’s very likely that we have seen the last of the side facing seats on the Mahindra Thar.