Mahindra Roxor sales to re-commence in the US

As the Mahindra Roxor no longer infringes on the intellectual property rights of Fiat Chrysler Automobiles' Jeep brand, the off-roader will be allowed to go on sale. 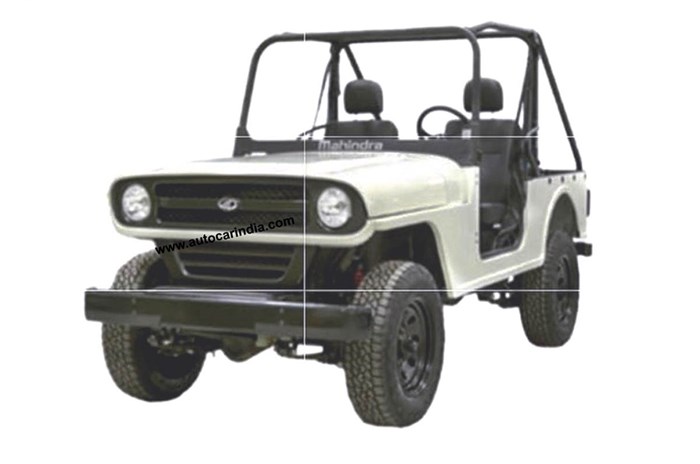 Mahindra & Mahindra (M&M)'s new design of its Roxor off-road utility vehicle does not infringe upon the intellectual property rights (IPR) of Fiat Chrysler Automobiles' Jeep brand, a US regulator has ruled. Mahindra, in a regulatory filing, has said that it has received a notice of confirmation by the International Trade Commission (ITC) that the post-2020 Roxor design does not infringe on the Jeep Trade Dress.

“The ITC said that having reviewed the record of the underlying violation investigation, as well as the record of the modification proceeding, including the parties’ comments and responses thereto, it has determined to modify the Limited Exclusion Orders and the Cease and Desist Orders in this matter to include an explicit exemption with respect to Mahindra’s Post-2020 Roxor vehicle. The ITC has adopted the findings of the Administrative Law Judge and affirmed the conclusion that the Post-2020 ROXOR vehicle does not infringe FCA’s asserted trade dress. With this order the modification proceeding was terminated,” states the note by Mahindra.

In November 2019, an Initial Determination Order from ITC found that while the design of the Roxor vehicle did not violate any of FCA registered trademarks, it violated FCA’s trade dress and recommended an exclusion order prohibiting the importation of Roxor parts and a cease-and desist order prohibiting sale of any already imported Roxor parts.

M&M and its subsidiary Mahindra Automotive North America (MANA) all through the proceedings maintained that the Roxor does not dilute or violate Jeep's trade dress. In legal parlance, a trade dress consists of special characteristics of a product which makes it stand apart from others.

On August 1, 2018, FCA Automobiles US had filed a complaint against Mahindra & Mahindra (M&M) and Mahindra Automotive North America (MANA) with the United States International Trade Commission (USITC), which said that the sale of the Mahindra Roxor violated Section 337 of the Tariff Act of 1930 in the importation into the United States and sale of certain motorised vehicles and components thereof that infringe trade dress and trademarks asserted by the complainant. The FCA complaint alleged that certain design features of the details of the Mahindra Roxor infringed the intellectual property rights of dispute/ litigation – Fiat's Jeep design as it was modelled after the original Willys Jeep.

FCA had urged that the USITC issue a limited exclusion order and cease-and-desist orders against Mahindra & Mahindra and MANA. Mahindra had disputed the claim and had said that the case was without any merit. On August 29, the company had issued a public statement, which said, "Our goals on the public interest statement were two-fold. One was to state our position on the merits and the other was to correct inaccuracies regarding Mahindra as a company and the Roxor as a product. We set the record straight on the history of Mahindra, including its US operations. We also demonstrated that the Roxor is a vehicle that was always intended only as off-road, does not compete with Fiat vehicles, is manufactured and assembled in the first OEM plant to be built in Michigan in the last 25 years, was the result of more than three years of research and development, and categorically rejected the notion that the Roxor was an imported, low-quality ‘knock-off’ kit car."

On August 23, 2018, Mahindra filed a complaint in federal court in Michigan on the issue of the applicability and enforcement of its 2009 agreement with Fiat. The company had said, “We are asking the court to block Fiat from participating in the ITC claim – an injunction – because of the fact that they agreed in 2009 to never bring such claims if we use a grille that they approved. The Roxor uses that grille. We are also arguing that Fiat is using the ITC case to harm our Roxor business by creating negative publicity, damaging our reputation and our stature in the marketplace.”

The dispute arose between the former partners when Mahindra launched the Roxor for the US market. In its argument, FCA claimed that the Roxor infringes FCA's intellectual property rights because the Roxor's grille, which has five slots, is confusingly similar to the Jeep brand's seven-slot grille design. Mahindra countered the argument saying that an agreement from 2009 barred FCA's pursuit of the infringement allegations because the Roxor uses the five-slot grille design that FCA approved for use in the 2009 agreement.

Mahindra’s Roxor is an off-roader that comes under the ‘side-by-side’ category in the US – it’s a recreational vehicle that is not road legal. Built by Mahindra Automotive North America (MANA) at the Auburn Hills, Michigan facility, the Roxor is based on the first-gen Thar; the underpinnings and running gear are shared between the two off-roaders. This also means little is shared between the Roxor and the second-gen Thar that went on sale in October 2020. To know exactly what’s changed from the old Thar to the new, here’s our test report.

Since it was introduced to the North American market in 2018, the Roxor has had two facelifts – one in January 2020 and another later in September last year. Thanks to the comprehensive nature of the second refresh – which saw the Mahindra remove design details that could be considered infringing on Jeep’s intellectual property – the Roxor will continue to be sold in the US and Canada.