Mahindra reveals Thar-based upated Roxor, which gets some design tweaks and more features. 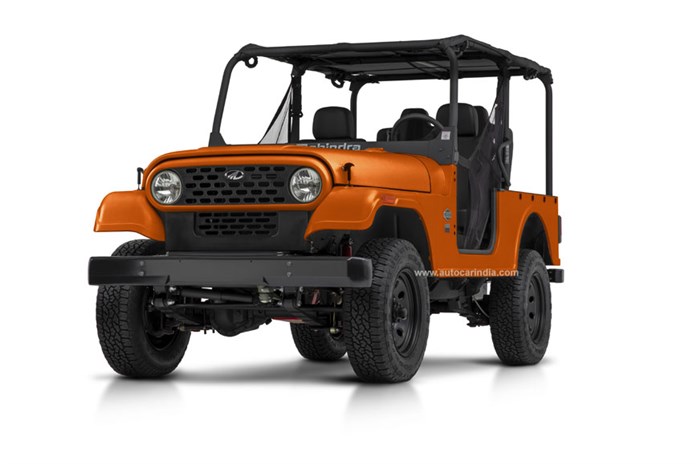 Mahindra has revealed the refreshed, model year 2020 Roxor. The updated side-by-side sold in the North American market gets design tweaks and more features. We reported about this development back in November 2019.

The key styling change on the Roxor is the all-new grille. It gets honeycomb inserts and does away with the traditional Jeep-like seven-slat design, possibly due to the ongoing court battle between FCA and Mahindra over the Roxor’s overall Jeep-like design. Apart from the grille, there have been very few changes to the Roxor’s looks. The new look, incidentally, seems to be inspired by the 1970s Land Cruiser FJ series.

Mahindra sells the Roxor with a 62hp 2.5-litre diesel engine mated to either a 5-speed manual or a 6-speed torque convertor automatic gearbox. It has a top speed of around 88kph for the North American market, due to the stringent rules for side-by-side off-road vehicles; else the Roxor would have been characterised as an off-road vehicle only, unfit for normal roads.

The 2020 Roxor comes with a 2-speed transfer case, full-floating axles with upgraded 5.38:1 gearing, leaf springs, disc brakes up front, drum brakes at the rear, standard 16-inch wheels, and upto seven paint shade options. The company also has a lot of customisation options for the Roxor and the model is slowly seeing a growing cult following amongst off-road enthusiasts. The Roxor off-road side-by-side built in Auburn Hills, Michigan built by Mahindra Automotive North America (MANA), which is Mahindra's subsidiary in the US.

The Roxor is currently priced at USD 15,999 for the 5-speed manual variant, whereas the automatic version costs USD 16,999 (ex-showroom) in the North American domestic market.

Closer to home, Mahindra has announced that it will have a big pavilion at the upcoming Auto Expo 2020 to be held in Noida early next month. The company will not, however, unveil the second-gen Thar at the event, as previously expected. Read more on that here.