Mahindra’s Auto Expo 2020 line-up will include three production-ready EVs and one concept vehicle, among others. 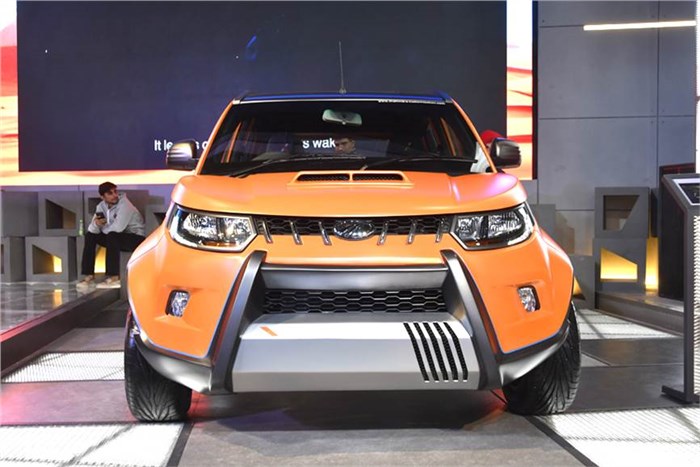 Mahindra & Mahindra has shared the first set of details on its Auto Expo 2020 showcase. The company, like every year, will have a large-size pavilion and will have no less than 18 vehicles on display, including SUVs, MPVs, commercial and electric vehicles. They confirmed that they will showcase three production-ready electric vehicles and one “futuristic concept EV” at the motor show.

While details on Mahindra’s vehicle display are scarce as of now, the carmaker will unveil the production-spec XUV300 EV and the eKUV100 at the event, as reported by us earlier. There will be updated versions of Mahindra’s electric three-wheeler range as well.

The company has also confirmed that it will unveil its future electric vehicle platform that will include connected vehicle tech. Additionally, Mahindra will showcase its BS6-compliant petrol engines, electric batteries types used in its vehicles, and charging station layouts as well. Its future initiatives of automotive waste recycling will also be on display.

The brand has been rigorously testing a long list of upgraded BS6-compliant and next-gen models for the Indian and international markets, and we expect a handful of those to be shown at the event as well. Expect more details on Mahindra’s Auto Expo 2020 line-up to surface in the coming days.