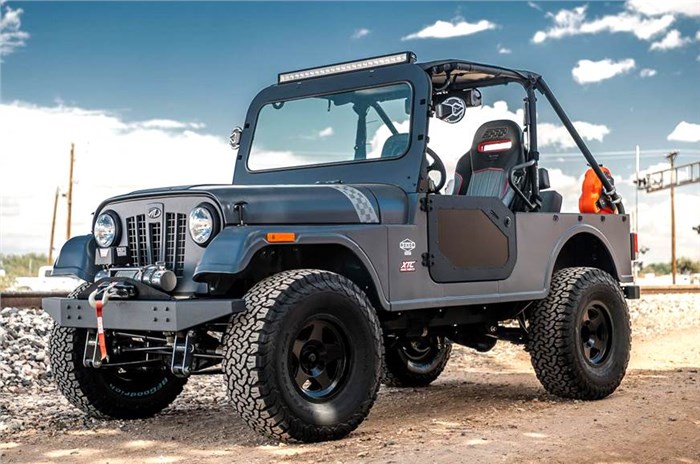 While the sale of the Mahindra Roxor has been prohibited for now, the brand has filed for a review of the case.

In a regulatory filing on November 29, Mahindra & Mahindra has announced that the sale of Mahindra Roxor and its parts have been prohibited in the USA as per an order from the administrative law judge under the International Trade Commission (ITC) in the US.

In the complaint filed by Fiat Chrysler Automobiles (FCA) before the United States International Trade Commission (USITC), the Administrative Law Judge (ALJ) has in its initial determination found, that while the design of the Roxor vehicle does not violate any of FCA’s registered trademarks, it does violate FCA’s trade dress.

Meanwhile, FCA has filed a counterclaim in the proceeding filed by Mahindra before the Eastern District Court of Michigan, seeking a permanent injunction on manufacture or sales of the Roxor, as well as disgorgement of any profits made by the company from sales of the Roxor.

If FCA succeeds in getting a permanent injunction, then Mahindra Automotive North America (MANA), the Mahindra subsidiary in the US, will no longer be able to sell Roxors in the US. Mahindra believes that no claims for disgorgement of profits arise. The complaint filed by FCA to ITC still remains and ITC is still continuing with its investigations.

Commenting on the ongoing development, a Mahindra spokesperson said, “While the initial ruling concludes that the Roxor violates “Jeep Trade Dress,” until this case, FCA had never defined what it believes to be the “Jeep Trade Dress” or identified it as a business asset in any filings (bankruptcy or otherwise).Instead, at trial, FCA admitted that it believes it can define and redefine its “Jeep Trade Dress” depending on the product it is challenging – an unreasonable, anti-competitive, anti-business stance that, if successful, could cost good-paying American jobs.”

"Ultimately, the ALJ’s opinion is only a recommendation, and we have asked the entire ITC to review it. The ITC has the discretion to either adopt the ALJ’s opinion in whole or in part, rewrite parts of it, or completely reject it. Therefore, it is very important to wait for the ITC review to be finalised. While there are reports of a cease and desist order with respect to the Roxor, no such order has been entered. Finally, it was Mahindra, not FCA, who commenced the legal action in the Federal District Court in Michigan. We did this in an attempt to enjoin the ITC action and assert injury claims to our business and reputation as a result of unfair and anti-competitive actions by Fiat Chrysler."

"The Roxor was engineered and developed in the US and is based on the same platform as Mahindra’s Thar vehicle sold in India and many other markets. Mahindra has been manufacturing the Thar and its predecessors since just after World War II. The Roxor’s resemblance to the CJ and military-style Willys jeep is directly related to this 70-year heritage.”

It remains to be seen if the Roxor facelift, which sports a new front-end design and more features, will still be a point of contention between Mahindra and FCA.

MahindraXUV400 to be based on future Ford mid-sized SUV platform