New Mahindra Roxor ditches its Jeep-like styling for a unique yet retro look. 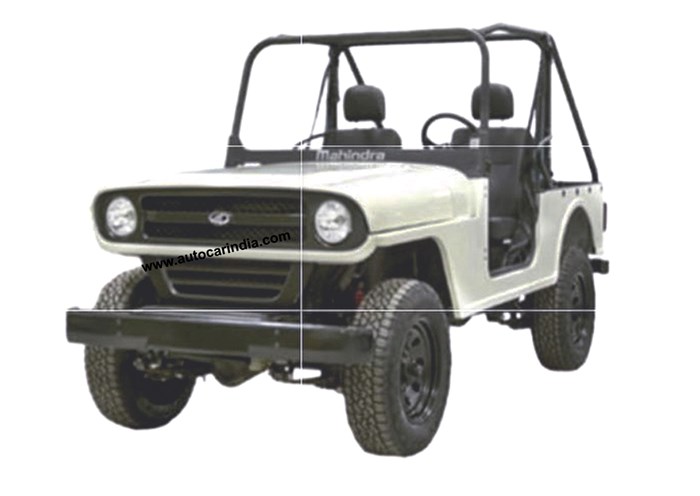 The new 2020 Mahindra Roxor is all set to see a market launch in the United States soon. We've been bringing you updates on the Roxor since a few months and today, we have the first full picture of the updated off-roader ahead of its market introduction.

The Roxor is on sale in the United States since May 2018 and due to its original Jeep-like design, the off-roader has been plagued by multiple lawsuits by FCA (Fiat Chrysler Automobiles). Hence, in response to the legal action, Mahindra has adapted an entirely fresh look for the off-roader.

Mahindra has stuck to the retro-styling theme for the updated Roxor and has removed almost all of the Jeep-like looks. The model now gets a much wider nose that allows more space between the headlamps that are now separated by a twin-horizontal slat grille, with honeycomb inserts finished in black. The wider bonnet, houses the wheels within its width and fenders are mostly integrated leaving the rest of the front end rather bare. The grille tapers down to the front bumper, giving a view of the exposed suspension and tyres.

The headlamps continue to be round and are expected to have LED elements within them. Apart from these changes, there aren’t any other styling tweaks visible.

Mahindra Roxor: What’s under the skin?

The Roxor is Mahindra’s off-roader that falls under the ‘side-by-side’ category (recreational vehicles that are not road legal) in the North American market. It is built in Auburn Hills, Michigan by Mahindra Automotive North America (MANA), which is Mahindra’s subsidiary in the US. The off-roader is based on the now-discontinued, first-gen Mahindra Thar and shares almost all of its underpinnings and its running gear.

Technical details are not out yet, however, we expect the updated Roxor to continue to be sold with the same 64hp, 2.5-litre diesel engine as before. This unit is quite similar, mechanically, to the 2.5-litre Di engine that was available in many Mahindra models in India, including the first-gen Thar in India. Two gearbox choices are on offer, a 5-speed manual and a 6-speed automatic.

The outgoing Roxor features a 2-speed transfer case, full floating axles with upgraded 5.38:1 gearing, leaf-spring suspension all around, disc brakes up front and drum brakes at the rear. We expect this setup to continue on the updated model as well.

While there are no plans to bring the Roxor to India, Mahindra will announce pricing for the second-gen Thar on October 2, 2020. Additionally, the BS6 TUV300 is expected to hit the showrooms soon. Come 2021 and the second-gen XUV500 will see light of day along with a few other electric models as well.

Video: What went into making the new Mahindra Thar

Discounts on Mahindra SUVs of up to Rs 2.50 lakh