FCA files complaint to prevent Mahindra Roxor sale in US

Mahindra's off-roader for the US market runs into rough terrain as FCA accuses carmaker of violating Jeep's design. 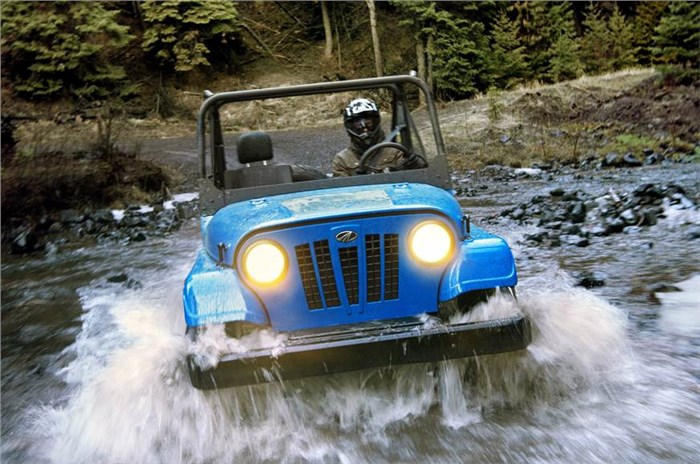 Mahindra's big bet for the US market, the Roxor off-road utility vehicle, could face a hard obstacle to clear. Bloomberg reports Fiat Chrysler Automobiles (FCA) is looking to prevent the Roxor’s sale on grounds that Mahindra has infringed the designs of its subsidiary, Jeep.

On August 1, 2018, FCA is said to have filed a complaint at the US International Trade Commission, seeking to prevent Mahindra & Mahindra from importing the Roxor. FCA claims that the Roxor (which is based on the Thar) infringes key characteristics of Jeep’s signature design such as “boxy body shape with flat-appearing vertical sides and rear body ending at about the same height as the hood.”

“They are a nearly identical copy of the iconic Jeep design," Bloomberg quoted Fiat Chrysler saying in its complaint, which included photos comparing the Roxor to the Jeep. In fact, the accused product was "modeled after the original Willys Jeep," the complaint added.

Unveiled earlier this year by Mahindra's American subsidiary Mahindra Automotive North America (MANA), the Roxor ushers in a new innings for Mahindra in the US – a market where it has failed to establish itself successfully – by offering tough, durable and rugged off-road vehicles.

The Roxor is classified as an ‘off-highway vehicle’ in the US and is not road-legal. Mahindra has positioned the Roxor as a rival to the Polaris RZR ATV and the Kawasaki Mule Pro series ‘side by sides’. Looks aside, the Roxor has also garnered interest for its specifications. Its four-cylinder diesel engine (a 64hp, 2.5-litre four-cylinder unit) and manual five-speed gearbox are unique in the segment. The steel-bodied Roxor also gets four-wheel drive as standard.

Fiat Chrysler’s complaint pointed to Mahindra’s “substantial foreign manufacturing capacity combined with its demonstrated intention to penetrate the United States market and harm FCA’s goodwill and business,” according to the report.

The implications of FCA's complaint on the Mahindra Roxor are currently unclear. Keep watching this space for more.