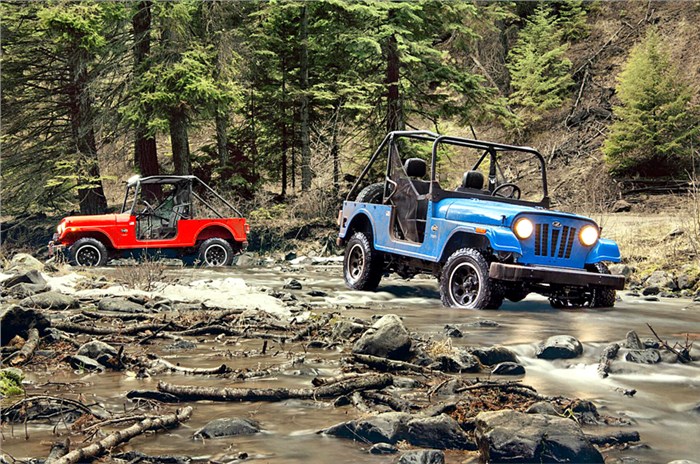 On August 1, 2018, Fiat Chrysler Automobile US filed a complaint with the United States International Trade Commission to prevent Mahindra & Mahindra from exporting parts for the Roxor and Mahindra Automotive North America (MANA). The Indian manufacturer says that it has taken action within the ITC as well as in the Federal District Court, USA to prevent Fiat from proceeding in the matter.

FCA claims that the Roxor (an SUV based on the Mahindra Thar) has certain design features that infringe the intellectual property rights of dispute/ litigation – Fiat's Jeep design, since the Roxor was modelled after the original Willys Jeep.

M&M has stated that the case is without merit. On August 22, 2018, the company filed a Public Interest Statement with the ITC expressing its position on this matter and explained how it is in the public interest for the ITC to rule against Fiat, in favour of Mahindra.

An M&M statement issued today says, “Our goals on the public interest statement were two-fold. One was to state our position on the merits and the other was to correct inaccuracies regarding Mahindra as a company and the Roxor as a product. We set the record straight on the history of Mahindra, including its US operations. We also demonstrated that the Roxor is a vehicle that was always intended only as off-road, does not compete with Fiat vehicles, is manufactured and assembled in the first OEM plant to be built in Michigan in the last 25 years, was the result of more than three years of research and development, and categorically rejected the notion that the Roxor was an imported, low-quality "knock-off" kit car."

On August 23, 2018, Mahindra filed a complaint with the Federal Court in Michigan on the issue of the applicability and enforcement of its 2009 agreement with Fiat. The company says, “We are asking the court to block Fiat from participating in the ITC claim – an injunction – because of the fact that they agreed in 2009 to never bring such claims if we use a grille that they approved. The Roxor uses that grille. We are also arguing that Fiat is using the ITC case to harm our Roxor business by creating negative publicity, damaging our reputation and our stature in the marketplace.”

Meanwhile, M&M and MANA have commenced proceedings at the Federal District Court in Michigan to enforce the Grille Design Agreement executed between M&M and Fiat in 2009 and seek an injunction against Fiat from proceeding with the ITC complaint it has filed.

MahindrasaysFCA's complaint against Roxor is baseless