The Defender 130 will be the luxury eight-seater variant of the SUV. 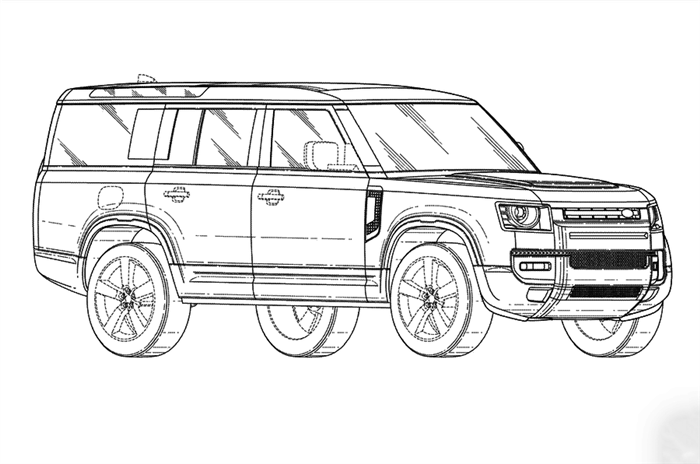 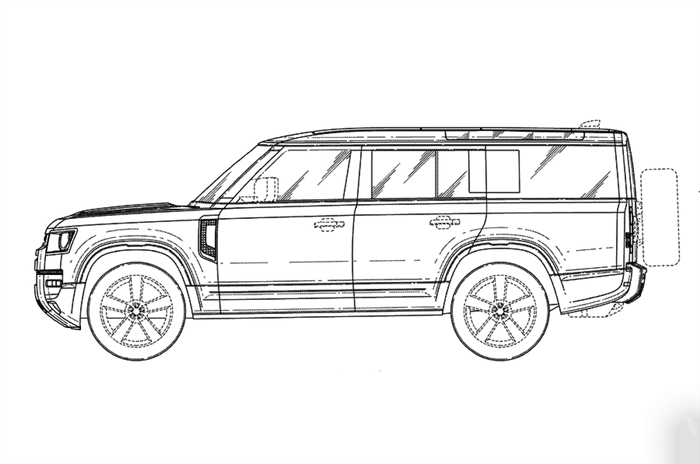 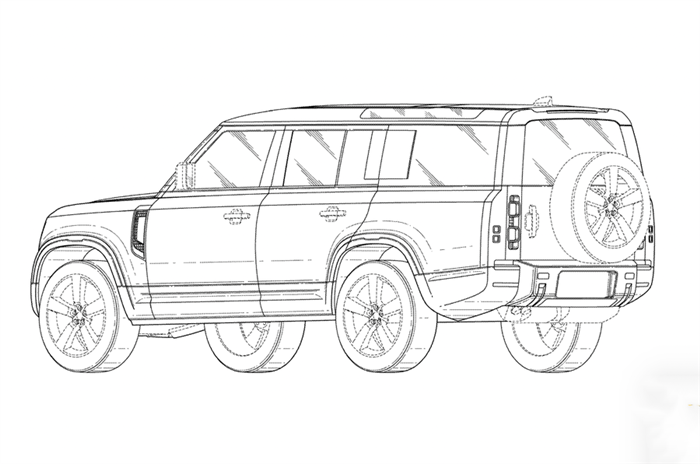 The new Land Rover Defender 130 is being readied for a launch in the coming months, and its final design has been revealed in a series of patents filed in the USA.

The stretched SUV was previously photographed in Germany in a black and white camouflage, with black wheels and tinted rear windows – but these new sketches give strong hints at its final design ahead of its reveal.

Land Rover Defender 130: what we know so far

The extended wheelbase 130 variant will be the third body style in the reborn Land Rover Defender line-up, positioned as a luxury-oriented flagship to rival the likes of the Audi Q7 and BMW X7 globally, and the Cadillac Escalade and Jeep Grand Wagoneer in the USA.

The model was previously photographed near Land Rover's headquarters in Warwickshire, UK. The two sightings give a close look at the longer car's final styling and an indication of its readiness for production.

A precise launch date for the range-topping Defender has yet to be confirmed, but prior to the 2019 unveiling of the Defender 90 and Defender 110, a leaked internal presentation confirmed it will arrive in 2022 with eight seats – one more than the current five-door model.

The 130 will be positioned as the premium explorer of the Defender range, while the entry-level 90 is the halo, image icon and the 110 is the definitive Defender. It's therefore likely to command a substantial price premium over the other Defender models and be available in top-end trim levels only.

While the original Defender 130 featured an extended wheelbase over the 110, the new car's longer footprint instead comes courtesy of a visibly upsized rear overhang, which takes its total length to 5.1m – 342mm longer than the 110 and 227mm longer than the rival Mercedes-Benz G-Class.

The previously spotted prototype was fitted with Land Rover's new mild-hybridised 3.0-litre straight-six petrol engine, which, in the Discovery, produces 360hp for a 0-100kph time of 6.5sec. The Defender 130 is also expected to receive the full raft of diesel and petrol powertrains, including the P300e plug-in hybrid and the 550hp, supercharged petrol V8.

Also expected, as reported by our sister publication Autocar UK last year, is an open-backed pickup truck variant to rival the Ford Ranger and Mitsubishi L200 in international markets.

Vehicle programmes executive director Nick Collins told Autocar UK that "there were no structural limitations" to a Defender pick-up and hinted at the potential for such a model by recalling Land Rover's previous intentions to market the Defender as a complete "family" of models.

The British SUV maker recently launched the all-new, fifth-gen Range Rover here at Rs 2.31 crore (ex-showroom, India). Bookings for the luxury SUV have been opened and it will be offered with three engine choices, three seating layouts and two wheelbase options.

Are you excited for the upcoming new Defender 130? Let us know in the comments section.