Kia Stinger to be showcased at Autocar Performance Show 2018 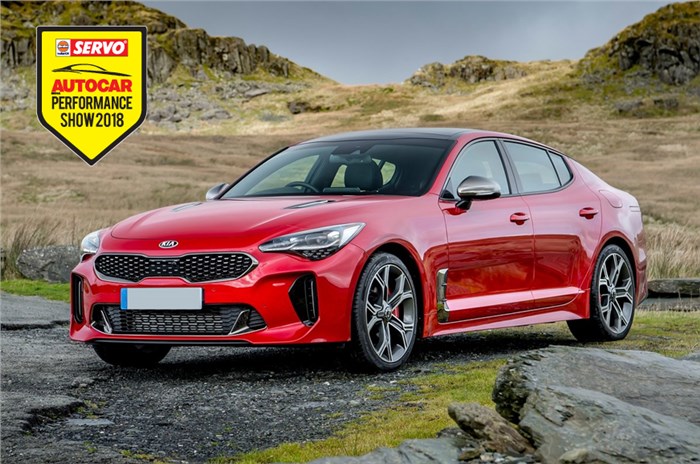 Hot 365hp Stinger GT is the company’s first true performance car and could be slated for an India launch.

You know the Nissan Kicks and Mercedes-AMG G 63 will be at the Autocar Performance Show 2018. Now, we can confirm that Kia's hottest model yet, the Stinger, will also be at this year's show.

Get your passes to the Autocar Performance Show 2018HERE

Kia stunned the world when it pulled the wraps off of the Stinger at the 2017 Detroit Motor Show. It is the company's first true performance car; a four-door sports sedan developed under the watchful eye of ex-BMW M specialist Albert Biermann.

Internationally, Kia offers a total of three engine options with the Stinger, but the one that'll be at the Autocar Performance Show 2018 is the highlight of the range – the GT, with a 3.3-litre, twin-turbocharged petrol engine that puts out 365hp and 510Nm of torque. Claimed 0-96kph time for the Stinger GT is pegged at 4.7 seconds, and it has a top speed of 270kph.

Being Kia's halo car, the Stinger is absolutely packed to the gills with kit. In high-performance GT guise, the Stinger gets an 8.0-inch touchscreen infotainment system, a 15-speaker Harman Kardon audio system, a 360-degree view camera, a head-up display, power-adjustable front seats with ventilation and Nappa leather upholstery, dual-zone climate control, a powered tailgate and a full suite of safety systems. It even gets Brembo brakes, electronically controlled suspension and a limited-slip differential to go with its sports sedan aspirations.

This isn't it - we have more hot cars in the pipeline, so do check back for more!