Here are five most important things to know about the Tucson-sized SUV that could be a part of Kia’s India line-up. 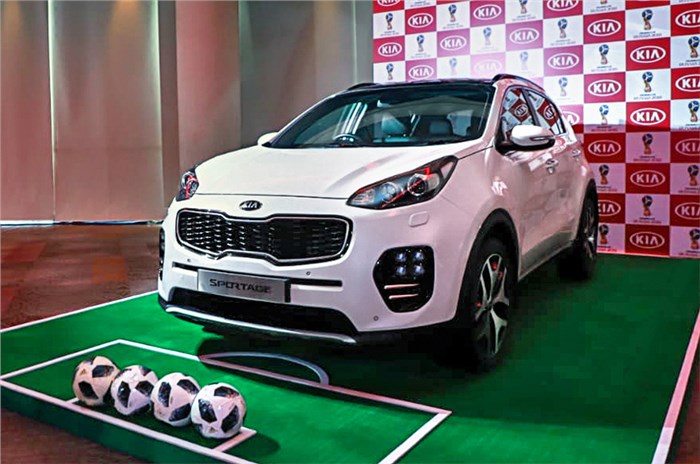 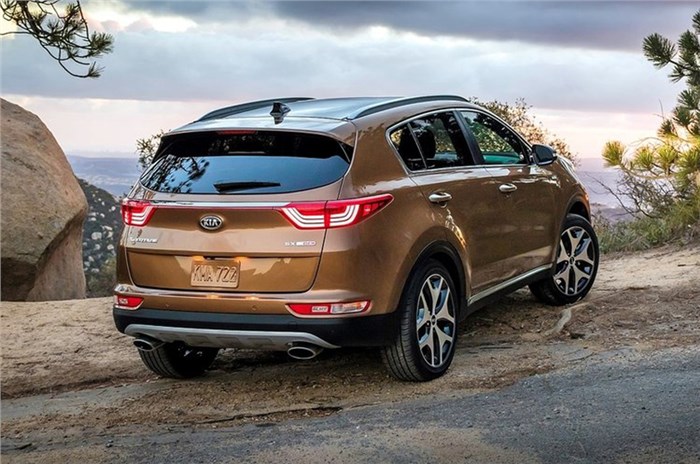 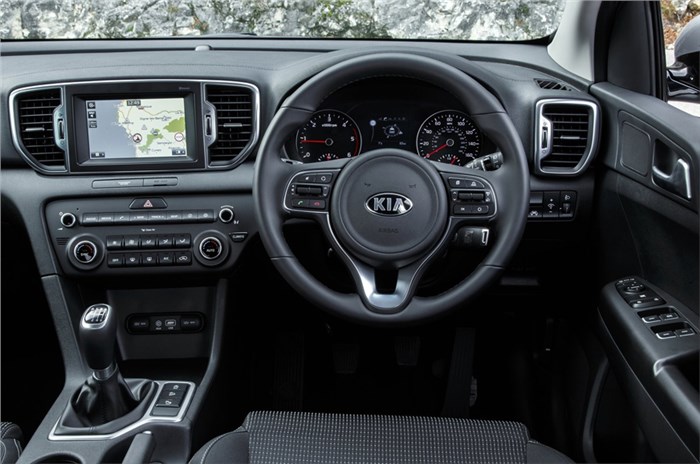 The insides of a UK-spec, pre-facelift model.

Korean carmaker Kia has big plans for India. It will start its India innings in 2019 with the production version of the SP Concept, following which it will add four more models to the line-up. A compact SUV will be part of this mix and, as we reported, the Stonic and Grand Carnival are also under consideration. The Sportage, which was part of Kia’s massive Auto Expo 2018 exhibit, could also be on the cards for India. Here are five things you need to know about the attractive Kia SUV:

Looks that match its name

The model that Kia brought to the Auto Expo was the fourth-gen Sportage. It is a decidedly sporty looking SUV that carries Kia’s latest styling language with aplomb. Kia’s trademark ‘Tiger Nose’ grille is the focal point at the front, and comes flanked by large headlamps that help to accentuate the sporty look. Even from the side and rear, the Sportage exhibits an athletic design with a sloping roofline, a large rear spoiler and dual-exhaust pipes. The Korean brand also came out with a facelift for the model recently, which comes with tweaked lighting details at the front and rear, slightly different bumpers and new wheels available in 17- to 19-inch sizes. The top-spec trims get LED fog lamps and even sportier detailing.

A range of engines on offer

Even the base trim of the Sportage gets a decent level of kit, at least in international markets. This equipment includes front fog lights, hill-start assist and descent control, USB and Bluetooth connectivity, DAB radio and cruise control. Higher-spec variants get the option of either a 7.0-inch or 8.0-inch touchscreen infotainment system, an eight-speaker JBL sound system, a panoramic sunroof, a reversing camera, parking assist, adaptive bi-xenon headlights and LED front fog lamps. The recently revealed facelift added a smart cruise control system (which can bring the car to a halt or pull away in traffic) and a 360-degree camera.

The Kia Sportage and Hyundai Tucson are built on the same platform. Remember, Hyundai owns Kia. Given that the two models are about the same size and uses similar powertrains too, the cousins will be rivals too. Aside from the Tucson, the Sportage would also take on the Jeep Compass and Volkswagen Tiguan. Honda is bringing its new CR-V to India soon and while it will be a rival to the Sportage on price and power, the Honda has the advantage of a third row of seats.

Under evaluation for India launch

The potential that the Sportage has for the Indian market is undeniable, with Kia currently evaluating the model to be brought to India in completely knocked down units, and then assembled at the brand’s facility in Andhra Pradesh. Besides sharing a number of parts with the Tucson, this localised assembly would also help keep costs in check and provide for competitive pricing.

Should the Sportage be one of the Kias you’d like to see on sale in India? Let us know in the comments section below.