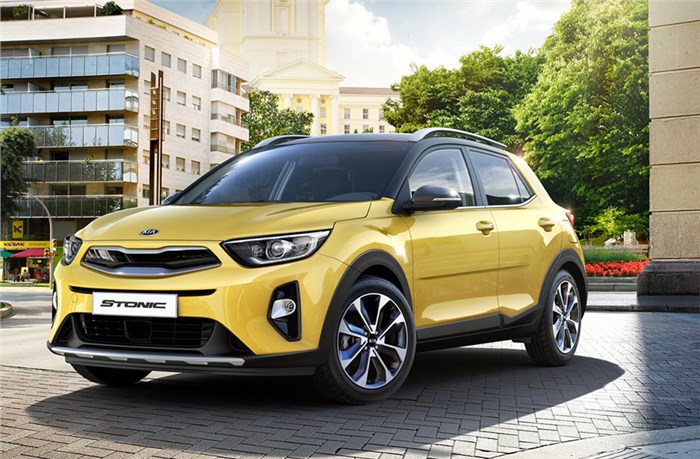 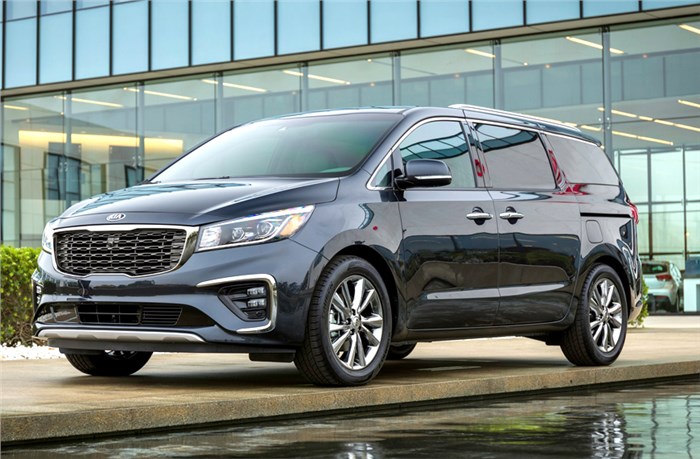 Kia Motors is all set to launch its products in India in 2019.  The company made its India debut at the Auto Expo earlier this year. As reported, the made-for-India SP Concept-based SUV will be the first offering for India, followed by Kia’s own version of the upcoming sub-four-metre Hyundai Carlino SUV, which is due next year. The new compact SUV will be a direct rival to the Ford EcoSport, the Tata Nexon and the Maruti Vitara Brezza.

While the Kia SP Concept previewed a future SUV to rival the Creta in our market, the company also showcased multiple other models at the expo to gauge the interest of the Indian audience and plan its future product offensive. According to sources from the company, it was observed that the Stonic crossover and the Carnival MPV were the models that generated the most interest. And so, the company is said to be evaluating the two products for India.

The Kia Stonic is a sister model to the popular Hyundai Kona crossover sold overseas.  Kia is also evaluating the Stonic platform for India, as, according to sources, it could be used for other bodystyles in the future.

The Stonic is offered with a wide range of engines internationally, including an 84hp, 1.2-litre petrol, a 1.0-litre 120hp turbo petrol and a 110hp 1.6-litre diesel unit. The engine line-up for the Stonic is the same as that of the Hyundai Kona. Gearbox options include five and six-speed manuals, as well as a seven-speed dual-clutch automatic.  The crossover is available as a front-wheel drive only.

Internationally, the Stonic features premium quality interiors as compared to similarly priced models Kia is expected to maintain the same quality levels for the India-spec models as well. Feature-wise, it is loaded with equipment like climate control, a 7.0-inch touchscreen infotainment, and a six-speaker music system.

Kia is also evaluating the Grand Carnival premium MPV for India.  Also known as the Sedona in the North American market, the Grand Carnival is a five-door MPV with a spacious cabin that is available in a seven-, eight- or a unique eleven-seat configuration.  The MPV is 5,115mm long, 1,985mm wide and 1,755mm height, which makes it longer and wider than the Innova Crysta (L: 4,735mm, W: 1,830mm, H:1,795mm). The Grand Carnival also gets power sliding doors for the second row, which will be unique in this segment in India.  Power comes from a 200hp, 2.2-litre diesel engine mated to a six-speed automatic gearbox. Features include a dual sunroof, three-zone AC, multiple USB charging points, front and curtain airbags, and rear cross-traffic alert.

The Kia Grand Carnival with a eleven-seat configuration will be unique for the Indian market and could be a attractive for the tourist vehicle segment. If Kia does bring the Grand Carnival to India, expect it to be positioned slightly above the popular Toyota Innova Crysta, and would cost upwards of Rs 21 lakh.

As reported by us earlier, the carmaker is expected to have five models on sale in India by 2021.