The EV9 will be Kia’s largest ever production model; global debut next year. 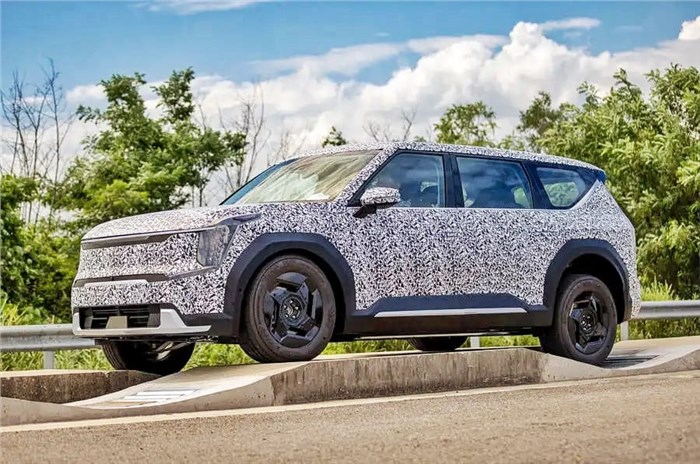 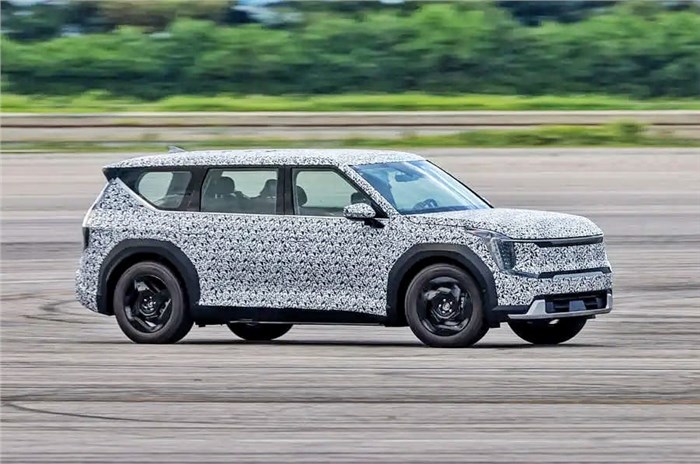 Kia has partially revealed its upcoming flagship EV SUV, the EV9, ahead of its global debut next year. Kia will look to take on the Range Rover with its new EV9 electric SUV in most global markets.

Kia has released a set of spy shots of the upcoming EV9 that show the vehicle in final stages of testing wearing minimal camouflage. It was previewed as a concept earlier last year, when Kia confirmed it would be targeting buyers of premium SUVs, but it doesn’t expect to sell the EV9 in great numbers due to its size.

Kia's European design chief, Gregory Guillaume, described the concept as “a close preview”, although some aspects like the rear-hinged door and lack of a B-pillar aren't expected to make it to production.

The EV9 features vertical headlights, with pieces of trim spanning the area at the top and bottom of each lamp, thereby creating the shape of a faux grille at the front. The lower fascia has small openings on the sides and a sensor in the middle. Its long wheelbase (3,100mm) is also evident, with the EV9’s size being the largest that can be achieved on Electric Global Modular Platform (E-GMP), the same platform used by the Kia EV6.

The E-GMP also has an 800V electrical architecture, enabling rapid charging at rates of up to 350kW. The EV9 is expected to be launched with a dual-motor, four-wheel-drive range-topper, as well as an entry-level variant fitted with a single motor powering the rear axle.

Significantly, the EV9 will be the first Kia to be offered with the firm’s Automode autonomous driving technology. Further details of the EV9, such as range and price, will emerge a little later, ahead of the car’s global reveal in the first quarter of 2023.

The Kia EV9 has been designed to utilise both over-the-air software updates and feature-on-demand (FOD). Kia is aiming for FOD to become a key part of its business model in the future, which could allow for cars to be sold with fewer trims, with owners then buying the specific functions they want. Other carmakers are also looking into this.

Closer home, Kia currently sells the EV6 in India, and is said to be working on a mass-market EV for our market that could be unveiled in near future. The brand is also readying a Sonet X-line for India that will launch in the coming days, with the Seltos facelift also expected to come to India in the coming months.