The concept previews Kia’s flagship all-electric SUV that will almost be as large as the Range Rover. 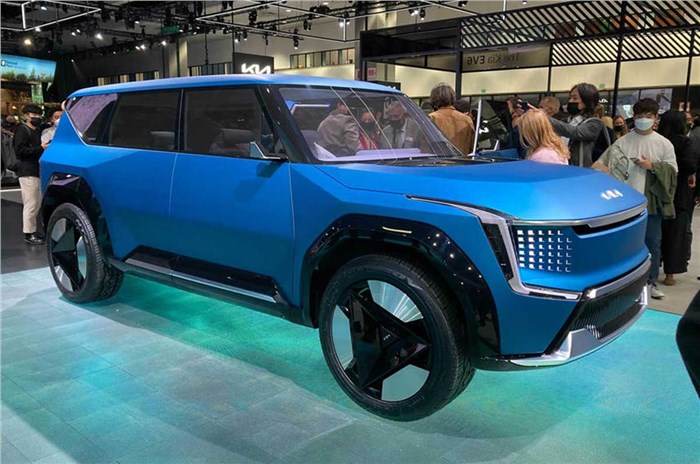 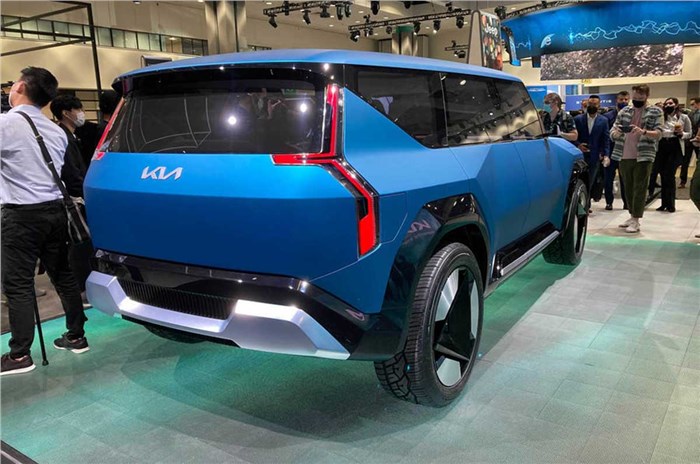 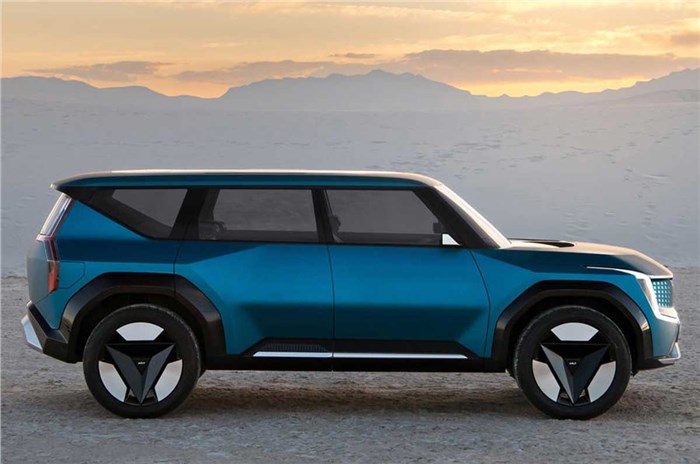 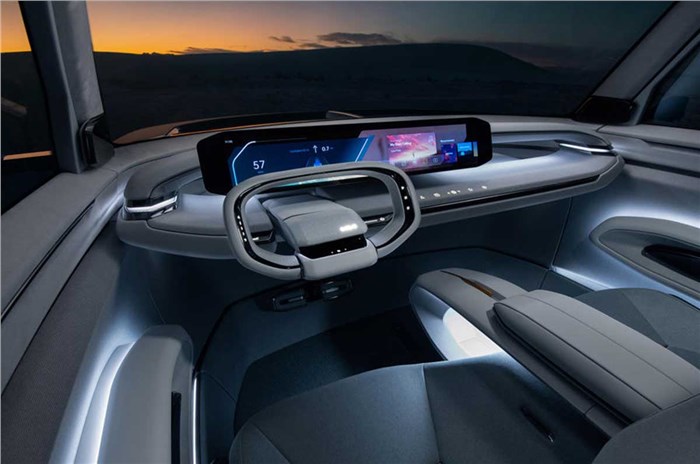 The Kia Concept EV9 previews a new range-topping flagship for the brand’s fast-expanding electric car range. Revealed at the Los Angeles motor show, alongside the technically related and similarly positioned Hyundai Seven concept, the Concept EV9 is expected to go into production overseas before 2024.

The Kia Concept 9’s styling was overseen by Kia design chief Karim Habib. Its rugged look includes the evolution of Kia’s 'Tiger Face' front grille, which has gone digital and allowed for a new air vent design at the front. This has helped reduce frontal mass and improve aerodynamic efficiency.

There are plenty of show car flourishes in the Concept EV9 that will be toned down or replaced for production. These include dramatic rear-hinged doors and pared-back, ultra-modern three-row interior – in which the second row seats can be folded completely flat and the first row of seats can swivel around to create a lounge-type space.

At 4,929mm long, 2,055mm wide and 1,790mm tall, the Concept EV9 is only marginally smaller than a Range Rover, a car that will have its own all-electric version by the time the EV9 makes production. The production EV9 is expected to cost around half of what the Range Rover will.

Underpinning the Concept EV9 is the firm’s E-GMP electric car architecture, also used on the just-launched EV6. It is understood to use the latter’s largest lithium-ion polymer battery pack – 77.4kWh – mounted in the floor within the concept’s 3,100mm-long wheelbase. A fast charge of the battery from 10 percent to 80 percent takes around 20 minutes.

The Concept EV9 has twin motors for four-wheel drive and a 0-100kph time of around five seconds in its ‘performance model’ guise – although it is not yet confirmed whether this version will wear the same GT badge as the top-rung 585hp version of the EV6.

Kia plans to have a full range of electric vehicles, from EV1 to EV9. The EV6 is the firm’s current electric flagship internationally and it is set to launch in India late next year.