Jeep Compass facelift gets an early unveil, thanks to these leaked pictures; India launch early next year. 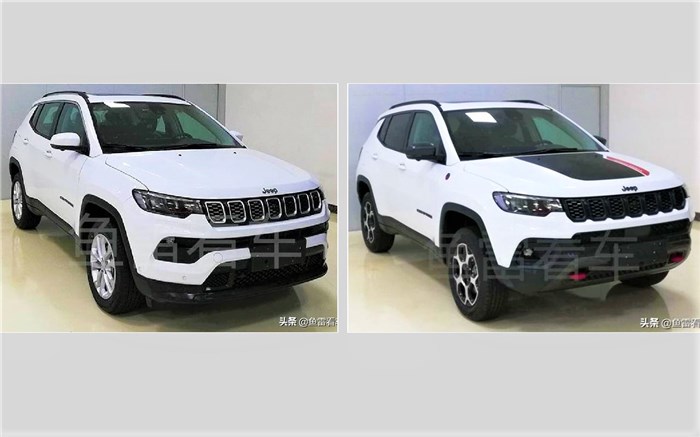 The 2021 Jeep Compass facelift has finally been revealed, thanks to a first set of leaked pictures that have surfaced from China. The model is expected to make its world premiere later this month in that country.

At first glance, the updated Jeep Compass looks quite similar to the outgoing model but a closer look reveals the long list of changes the SUV has received. First up, the headlamps get minor design tweaks, with the lower bit being more angular than earlier. The headlamp inserts are new as well and full-LED units are expected in most variants across the range.

The grille size remains the same. However, the seven-slat design gets alterations and more prominent honeycomb-like inserts. The front bumper is all new with a contrast-black insert placed above the front air-dam that runs end-to-end and connects both fog lamp units. The new bumper does not feature separate housings for LED daytime running lamps, which means they will now be integrated into the headlight units for all variants.

At the back, there aren’t many changes seen, except mildly reprofiled tail-lamps with new inserts and blackened bits. The rear bumper appears to be the same as the outgoing model. As far as dimensions go, the new Compass is expected to be slightly longer than the outgoing model, thanks to new front bumper design.

The set of images that have surfaced in China don't give us a clear look at what's new on the inside of the 2021 Jeep Compass. However, what can be confirmed is the presence of a much-larger 10.1-inch UConnect5 infotainment screen that we told you about a few months ago. What we can also confirm is that the new Compass' dashboard will have better quality materials and there are talks of a full-digital instrument cluster as well, at least on higher variants.

Jeep India is expected to roll out the updated Compass from its Ranjangaon plant near Pune sometime later this year. Jeep's India production facility is the mother plant for right-hand drive Compass versions sold in India as well as multiple other countries across the globe.

The India-spec Compass facelift will most likely feature all styling updates seen in these leaked images. However, under the hood, the SUV will continue with the current crop of engine and gearbox options.

Expect more details on the 2021 Jeep Compass to surface in the days leading up to its official unveil in China later this month. 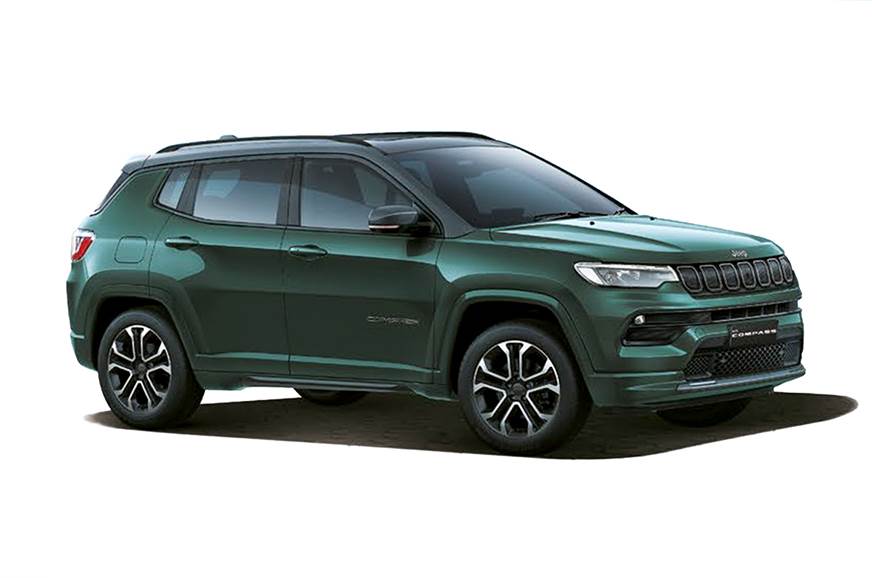