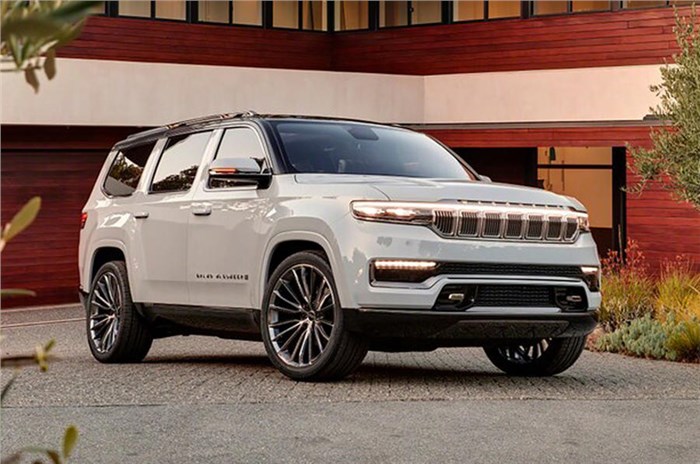 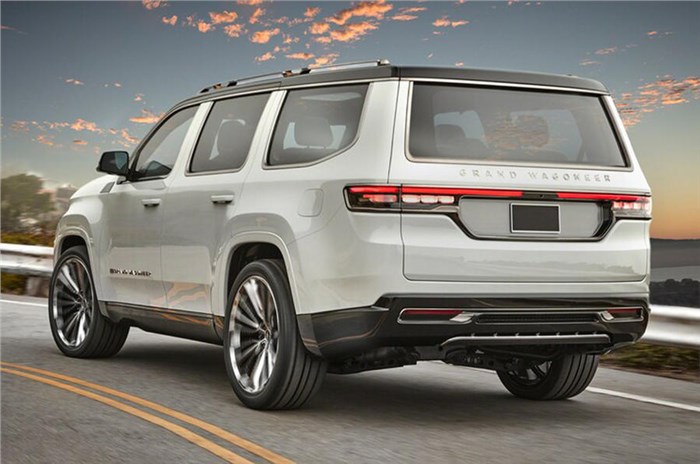 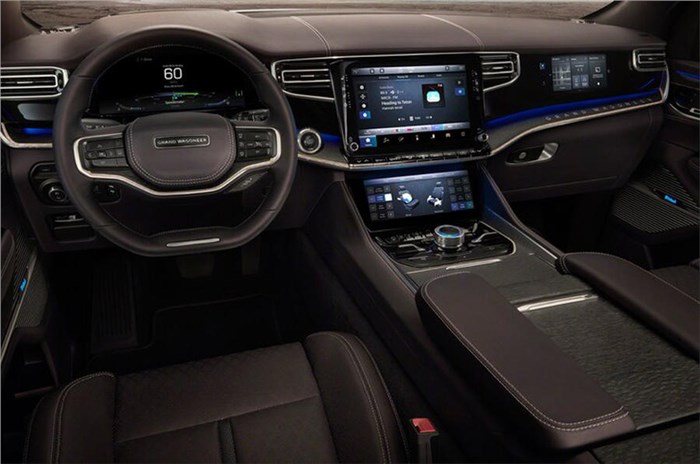 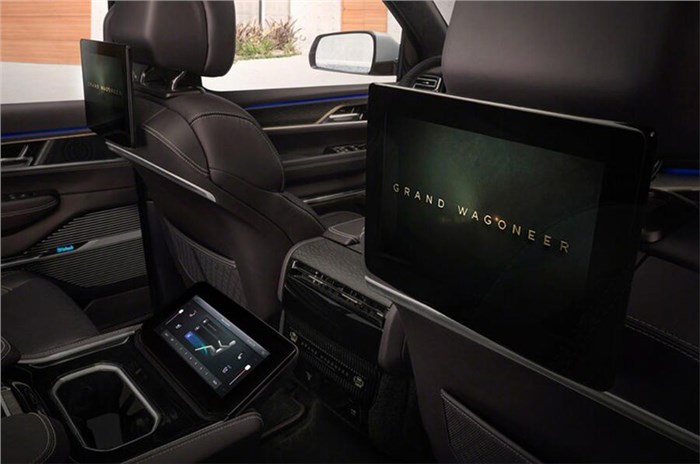 The Jeep Grand Wagoneer has debut in concept form as the American brand looks to revive a nameplate from its history. The concept blends modern styling cues with nods to the iconic original SUV and is set to make its debut in production form in 2021.

The first Wagoneer – launched in 1962 – is widely recognised as an early pioneer of the premium SUV segment and Jeep said “its return allows us to expand to a much more premium arena with new levels of design detail and advanced safety and technology features”.

Although the production design is tipped to be toned down, the concept gives a good idea of what to expect. The Grand Wagoneer concept features a modernised interpretation of Jeep’s trademark seven-slot front grille. Although familiar from models such as the Wrangler and Gladiator, the intake has been updated with black accents and latticework inserts and is framed by a new LED signature light design.

The concept also features LED projector headlights surrounded by genuine teak wood – a detail unlikely to make production though a nod to the wood panelling of the original. Prevalent front tow hooks and a chunky black aluminium skid plate hint at its off-road capability.

Round the side, large squared-out wheel arches are filled out with 24-inch aluminium wheels with copper-finished badges on the doors, bearing a new font designed specifically for the concept, though. Round the back, the tail-section features wraparound LED rear light clusters and a subtle rear diffuser on the bumper.

What about the Grand Wagoneer’s interior?

The Grand Wagoneer’s interior will offer a seven-seat layout and marks a radical shift away from the firm’s customarily utilitarian cabin design language. The cabin is heavy on tech with four large displays dominating the SUV’s dashboard. A 12.3-inch display sits in place of a traditional instrument cluster with marginally smaller 12.1-inch centrally located display handling infotainment functions. A pair of 10.25-inch displays round out the number of displays – one located low on the centre console for air-con setting and one mounted in front of the co-driver.

The second-row passengers also each get their own 10.1-inch infotainment touchscreen, with access to third centrally positioned 10.25-inch climate control touchscreen. The car’s infotainment system runs on Fiat Chrysler Automobiles’ latest-generation, Android-based Uconnect 5 software, which is claimed to run five times faster than that used by current production cars. The concept also features a 23-speaker, 24-channel audio system that was developed by home audio brand McIntosh.

What about the engines?

Jeep has yet to reveal technical details, other than that the concept is powered by a plug-in-hybrid powertrain. The production car will be available with a choice of three four-wheel-drive systems, independent front and rear suspension and Jeep’s Quadra-Lift air suspension, hinting that off-road capability remains a priority despite the luxury shift.

Could it come to India?

Jeep has a host of launches planned for the next couple of years including the launch of the Compass facelift and the Compass-based seven-seat D-SUV next year. A sub-four-metre SUV due to arrive in 2022.

Additionally, the carmaker has two more launches planned for next year, with one likely to be the new Grand Cherokee. The Wagoneer could likely be the second of the two launches, with the production model set to debut next year.