Is this the Vitara Brezza facelift? 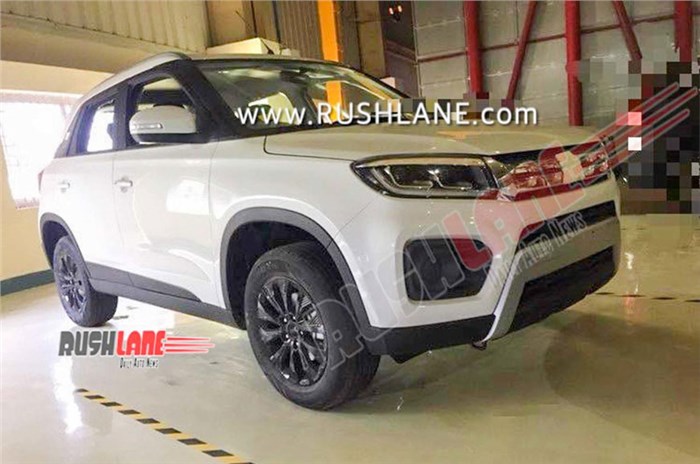 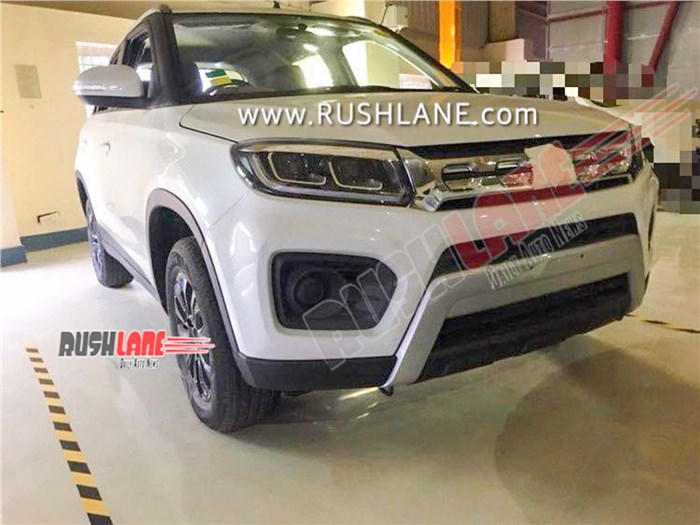 Maruti Suzuki is readying a market launch for the updated Vitara Brezza SUV in the coming months. Now, new images of what seems to be the SUV's facelift have emerged online. The images show the compact SUV in close-to-production form sans camouflage, revealing styling tweaks that can now be expected on the production-spec version.

According to sources, the Vitara Brezza facelift is still sometime away from hitting Maruti Suzuki Arena showrooms, as the market launch is expected to take place around February next year. The refreshed compact SUV is likely to debut at the upcoming Auto Expo 2020 in February – four years after the model's world premiere at Auto Expo 2016 in New Delhi.

As can be seen in these images, the updated Vitara Brezza has received minor cosmetic tweaks. At the front, the bumper gets an altered design, with a slightly wider chin that’s clearly split in two sections. The fog lamp housings are larger, single-piece units and the turn indicators have now been moved to the main headlamp unit from the front bumper housing in the pre-facelift SUV. While the headlamp shape remains the same, the inserts are all-new with chrome bits and a large LED daytime running lamp positioned at the bottom. Another noticeable change is the new design of the compact SUV's alloy wheels. Going by the images, the higher variants could get LED projector headlamps too. There are no changes expected on the side, but the rear could see minor tweaks to the bumper, along with the tail-lamp inserts getting more LED bits as seen in earlier spy shots. On the inside, there will be new seat fabric and minor alterations to the infotainment system, according to sources.

While the cosmetic changes may not be extensive, the big update lies under the hood. As reported by us long back, the updated Vitara Brezza will come with a sole 1.5-litre petrol engine. The company had announced earlier this year that it will stop selling diesel cars from April 1, 2020, due to the upcoming BS6 emission norms. Maruti dealers are currently in process of clearing stocks of the pre-facelift Vitara Brezza diesel.

This petrol powerplant, known as K15B, will be BS6 compliant and is essentially the same unit that does duty on the Ertiga and the XL6; it churns out 105hp and 138Nm of torque and will be coupled with a 5-speed manual gearbox. There are talks of a 4-speed torque convertor automatic being made available as well for the compact SUV. Also part of the package will be Suzuki’s Smart Hybrid system that features an integrated starter generator and dual-battery setup. The use of the 1.5-litre petrol engine would mean the Brezza won't qualify for the excise duty sops extended to cars under 4m in length and with engine capacities under 1.2-litre (for petrol cars).

The new Maruti Suzuki Vitara Brezza facelift with the 1.5-litre petrol engine will go up against the Hyundai Venue 1.0 turbo-petrol, Ford EcoSport 1.5 petrol, the Tata Nexon 1.2 turbo-petrol and the Mahindra XUV300 1.2 turbo-petrol. Expect Maruti Suzuki dealers to start accepting bookings for the updated SUV in the coming weeks.